Totem poles are monumental sculptures carved on poles, posts, or pillars with symbols or figures made from large trees, mostly western red cedar, by indigenous peoples of the Pacific Northwest coast of North America (northwestern United States and Canada's western province, British Columbia). The word totem derives from the Algonquian (most likely Ojibwe) word odoodem [oˈtuːtɛm], "his kinship group". The carvings may symbolize or commemorate cultural beliefs that recount familiar legends, clan lineages, or notable events. The poles may also serve as functional architectural features, welcome signs for village visitors, mortuary vessels for the remains of deceased ancestors, or as a means to publicly ridicule someone. Given the complexity and symbolic meanings of totem pole carvings, their placement and importance lies in the observer's knowledge and connection to the meanings of the figures.

Totem pole carvings were likely preceded by a long history of decorative carving, with stylistic features borrowed from smaller prototypes. Eighteenth-century explorers documented the existence of decorated interior and exterior house posts prior to 1800; however, due to the lack of efficient carving tools, sufficient wealth, and leisure time to devote to the craft, the monumental poles placed in front of native homes along the Pacific Northwest coast probably did not appear in large numbers until the late eighteenth or early nineteenth century. Trade and settlement initially led to the growth of totem pole carving, but governmental policies and practices of acculturation and assimilation sharply reduced totem pole production by the end of nineteenth century. Renewed interest from tourists, collectors, and scholars in the 1880s and 1890s helped document and collect the remaining totem poles, but nearly all totem pole making had ceased by 1901. Twentieth-century revivals of the craft, additional research, and continued support from the public have helped establish new interes 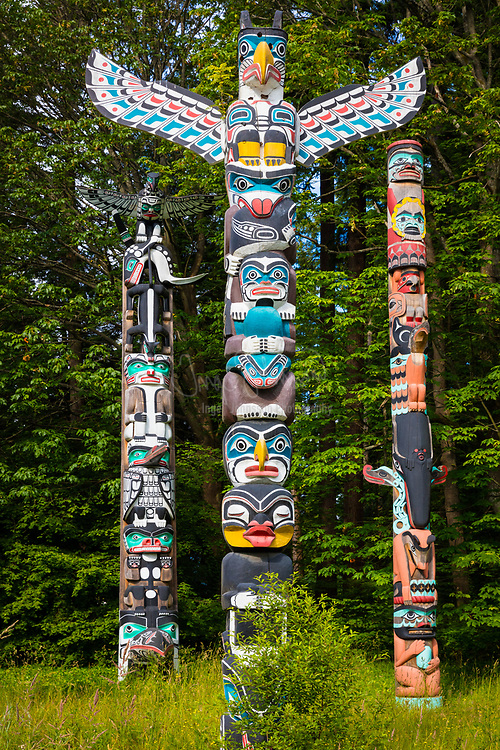