The colourful Church of St. Mark is one of the oldest buildings in Zagreb and of its symbols. It is first mentioned in the list of parish churches in the Kaptol Statute of 1334.

It was built in the 13th century; from that first, Romanesque period, only a window in the south wall and the bell-tower foundation are preserved. Gothic arches and the shrine were built in the second half of the 14th century, when the church got its most valuable part - luxurious Gorhic south portal. In terms of figures it contains, that Gothic portal is one of the most beautiful one in Croatia. It was made in the Parler workshop, one of the most famous medieval sculpting workshops. The north - western wall contains the oldest known coat - of - arms of Zagreb from 1499.

The church was thoroughly reconstructed in the second half of the 19th century, based on the designs of Viennese architects Friedrich Schmidt and Hermann Bolle. It underwent another reconstruction in the first half of the 20th century. At that time, renowned painter Jozo Kljakovic (1888 - 1969) painted its walls, while the altar was decorated with works of famous sculptor Ivan Mestrovic. 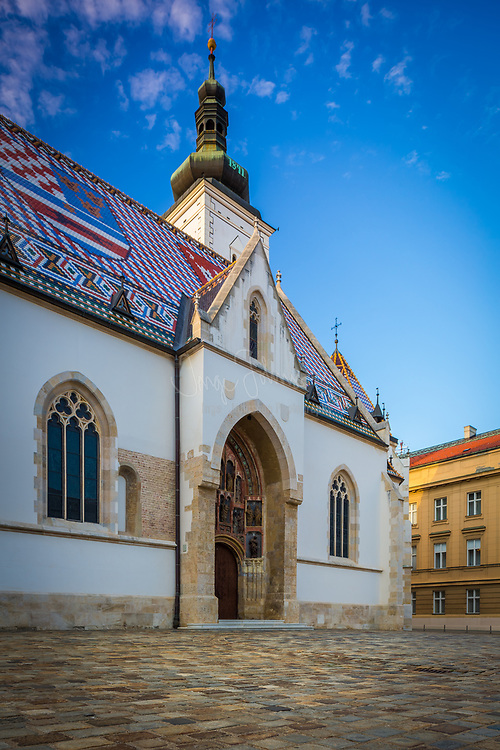