The Monastery of St. Francis Assisi in Zadar is a Roman Catholic Franciscan monastery dating back to the 13th century. The monastery is held by the Franciscan Province of Saint Jerome.
The monastery, along with a church of the same name, was built around 1221. It was consecrated on October 12, 1282 by bishop Lovro Periandar. Throughout the centuries of its history the monastery was the focal point of religious life in the city of Zadar. It was also home to the Franciscan school, precursor to today's University of Zadar. It had rich picture gallery as well as a collection of codexes and parchments. In this monastery Saint Jakov of Zadar was first ordained. The church and monastery lie in the western part of the city. The church is the oldest Gothic church in Dalmatia. The inside is relatively plain. Behind the main altar dating from 1672 lies what was once a shrine and inside choir seats richly decorated with fretwork in gothic style from 1394 by Giacomo da Borgo Sansepolcro.
The sacristy, which follows from the choir area, is important in Croatian history, as in 1358 the Venetian Republic and the Hungarian-Croatian king Louis I signed the Treaty of Zadar in which the Venetians gave up their Dalmatian holdings. 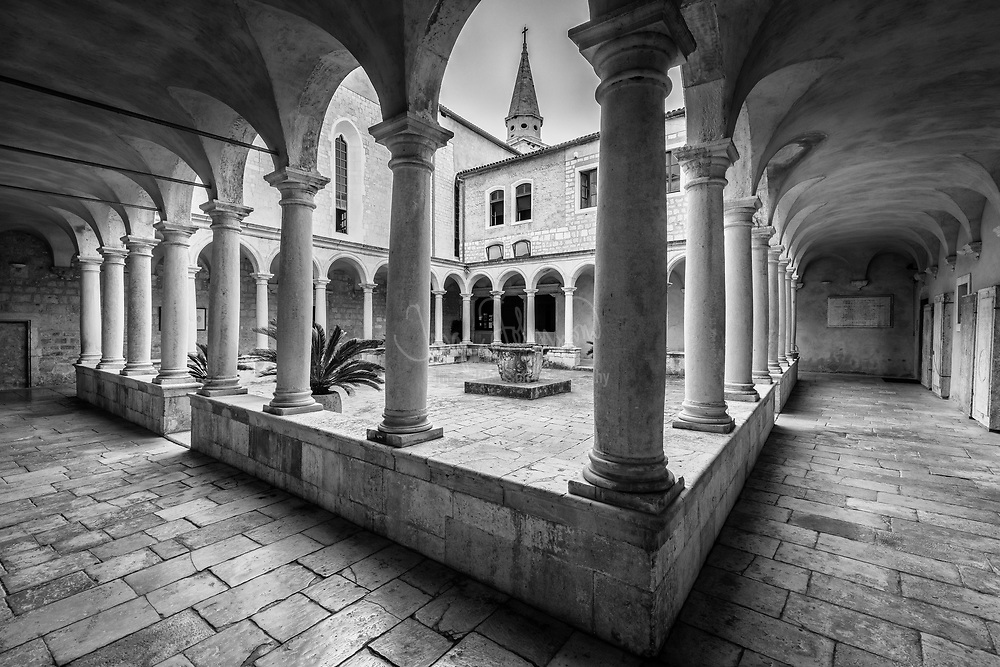