Split is a city in Central Dalmatia, Croatia. The city was originally built around the Diocletian palace (a palace/fort built for the retired Roman emperor Diocletian) where the locals sought refuge centuries ago. Despite initial appearances, however, the city is not a small tourist town, and extends over a large area well beyond the ancient core. With over 300,000 people in the wider bay area, its the economic hub of the eastern Adriatic shoreline (the unofficial "capital" of Dalmatia). Wandering the historic centre of Split you can still clearly see the Roman walls, squares, and temples. 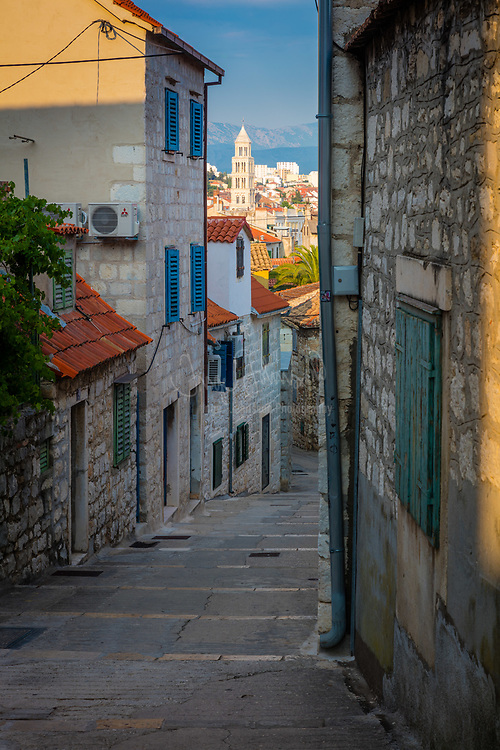