The second of the trinity of ‘White Empresses’, so named because of their hull colours, Empress of Japan (I) was ordered by the Canadian Pacific Railway so as to establish its command of the best route to the commercial wealth of the Orient.

Probably carved in Japan and installed on the ship in 1890, the figurehead depicts a Japanese dragon, a symbol of imperial majesty. When Empress of Japan (I) was dismantled in 1926, this figurehead found itself on a scrap heap in North Vancouver. 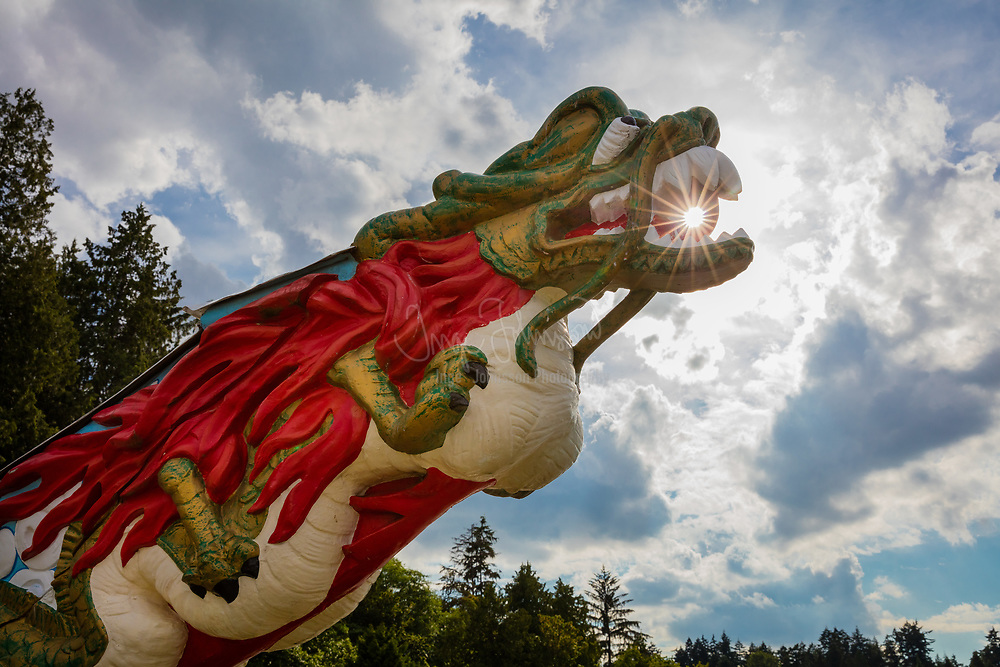