The Remains of the Day

The sun is setting behind the Los Cuernos in Torres del Paine, Chile. Torres del Paine National Park is a national park encompassing mountains, glaciers, lakes, and rivers in southern Chilean Patagonia. The Cordillera del Paine is the centerpiece of the park. It lies in a transition area between the Magellanic subpolar forests and the Patagonian Steppes. The park is located 112 km (70 mi) north of Puerto Natales and 312 km (194 mi) north of Punta Arenas. The park borders Bernardo O'Higgins National Park to the west and the Los Glaciares National Park to the north in Argentine territory.
Torres del Paine National Park is part of the Sistema Nacional de Áreas Silvestres Protegidas del Estado de Chile (National System of Protected Forested Areas of Chile). In 2006, it measured approximately 242,242 hectares. It is one of the largest and most visited parks in Chile. The park averages around 150,000 visitors a year, of which 60% are foreign tourists, who come from all over the world.
The park is one of the 11 protected areas of the Magallanes Region and Chilean Antarctica (together with four national parks, three national reserves, and three national monuments). Together, the protected forested areas comprise about 51% of the land of the region.
The Torres del Paine are the peaks of the mountain range, Cerro Paine. They extend 3,050 meters above sea level, and are joined by the Cuernos del Paine. The area also boasts valleys, rivers such as the Paine, lakes, and glaciers. The well-known lakes include Grey, Pehoé, Nordenskiöld, and Sarmiento. The glaciers, including Grey, Pingo, Tyndall, and Geikie, belong to the Southern Patagonia Ice Field. 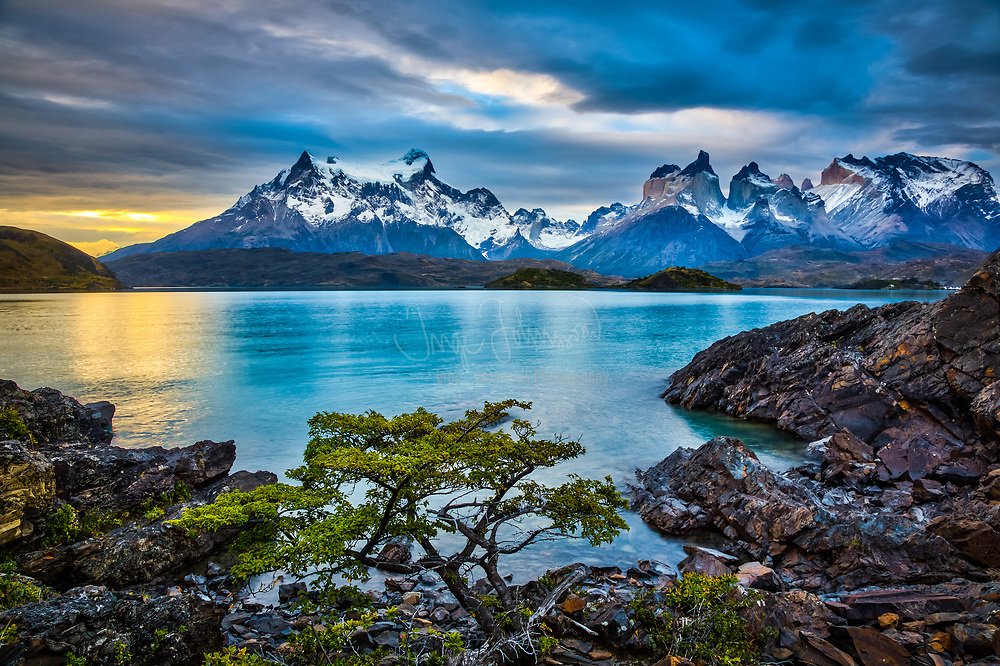