"Korsvirkeshus" type house in central Ystad in the southern province of Skåne in Sweden
.....
Ystad is a town, and the seat of Ystad Municipality, Skåne County, Sweden, with 18,350 inhabitants in 2010. The settlement dates back to the 11th century and the town has become a busy ferryport, local administrative centre and tourist attraction. It is associated with the fictional detective Kurt Wallander whose stories, by Henning Mankell, are set primarily in Ystad and nearby communities. In 1285, the town's name was written Ystath. Its original meaning is not fully understood, but the "y" is probably related to an old word for the yew tree, while -stad is town, or place. In Danish times before 1658 the spelling was Ysted. 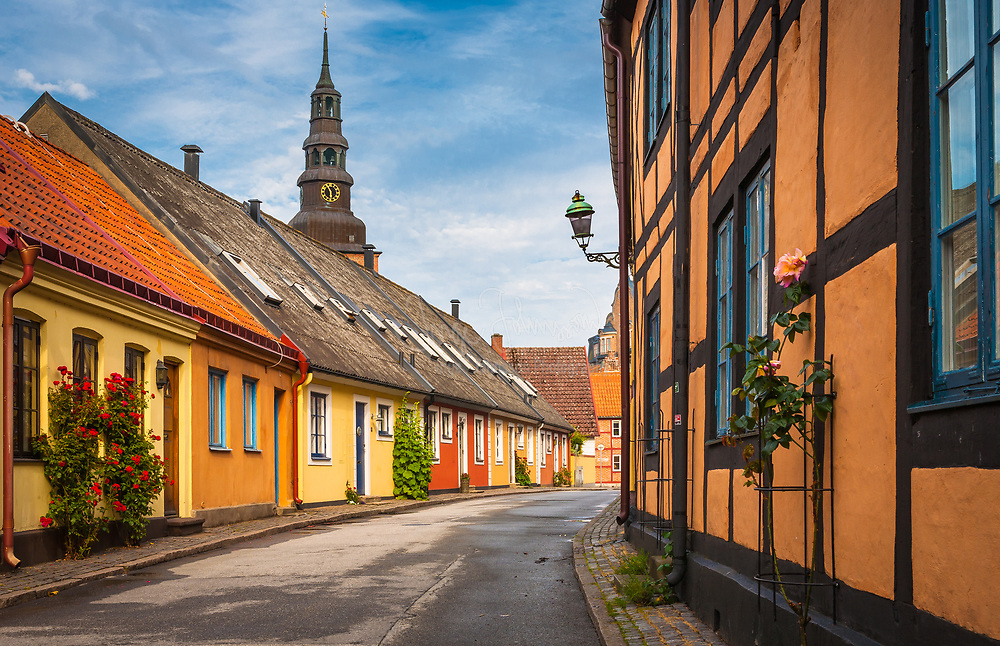