Sarlat-la-Canéda, or simply Sarlat, is a commune in the Dordogne department in Nouvelle-Aquitaine in southwestern France. The town of Sarlat is in a region known in France as the Périgord Noir (the Black Périgord, as opposed to the Green Périgord, the White Périgord, and the Purple Périgord).

Sarlat is a medieval town that developed around a large Benedictine abbey of Carolingian origin. The medieval Sarlat Cathedral is dedicated to Saint Sacerdos.

Because modern history has largely passed it by, Sarlat has remained preserved and one of the towns most representative of 14th century France. It owes its current status on France's Tentative List for future nomination as a UNESCO World Heritage site to the enthusiasm of writer, resistance fighter and politician André Malraux, who, as Minister of Culture (1960–1969), restored the town and many other sites of historic significance throughout France. The centre of the old town consists of impeccably restored stone buildings and is largely car-free. 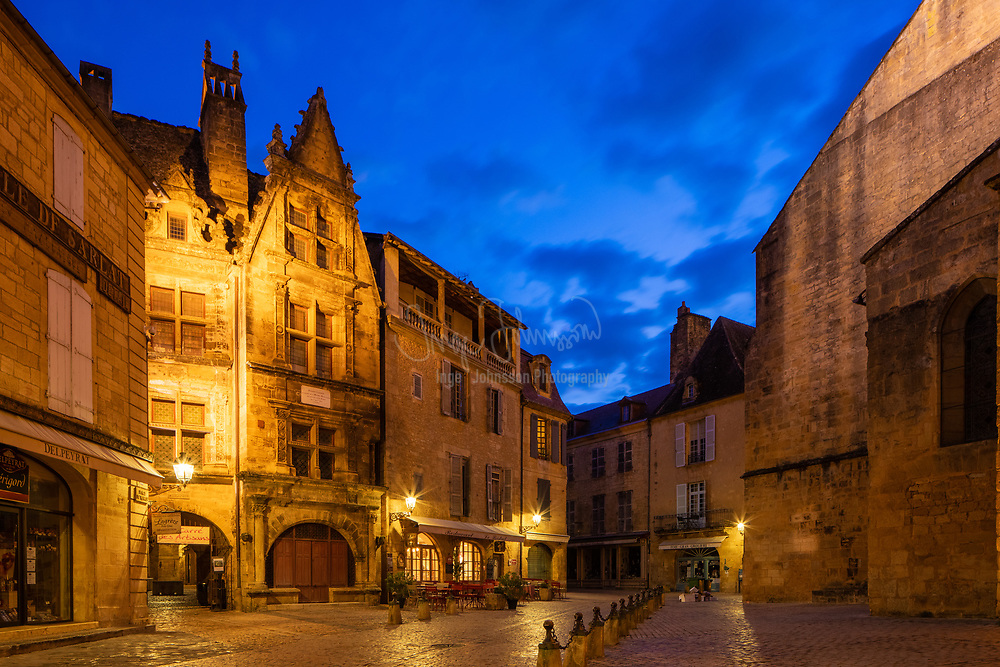