Þjófafoss (Thjofafoss) is located on the river Þjórsá on the east side of the Merkurhraun lava fields in the south of Iceland, at the southwest tip of the hill Búrfell. The waterfall Þjófafoss is part of the Þjórsá river that stretches from the Icelandic Highland all the way to the south shore in the Southern Region in Iceland. It is the longest river in Iceland 230 kilometers from Bergvatnskvísl the northernmost source at Srengisandur. According to folklore and history, the waterfall got its name from practice in the old judiciary system in Iceland, as thieves were thrown into the waterfall to finish their sentence. Almost without exception, none have ever been seen again. The waterfall is south of the beautiful mountain Búrfell. 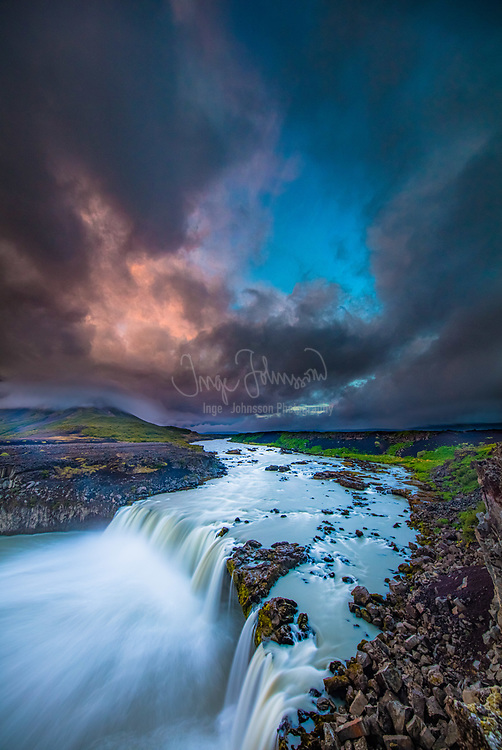