The spotted hyena (Crocuta crocuta), also known as the laughing hyena, is a species of hyena, currently classed as the sole member of the genus Crocuta, native to Sub-Saharan Africa. It is listed as being of least concern by the IUCN on account of its widespread range and large numbers estimated between 27,000 and 47,000 individuals. The species is, however, experiencing declines outside of protected areas due to habitat loss and poaching. The species may have originated in Asia, and once ranged throughout Europe for at least one million years until the end of the Late Pleistocene. The spotted hyena is the largest known member of the Hyaenidae, and is further physically distinguished from other species by its vaguely bear-like build, its rounded ears, its less prominent mane, its spotted pelt, its more dual purposed dentition, its fewer nipples and the presence of a pseudo-penis in the female. It is the only mammalian species to lack an external vaginal opening.

The spotted hyena is the most social of the Carnivora in that it has the largest group sizes and most complex social behaviours. Its social organisation is unlike that of any other carnivore, bearing closer resemblance to that of cercopithecine primates (baboons and macaques) with respect to group-size, hierarchical structure, and frequency of social interaction among both kin and unrelated group-mates. However, the social system of the spotted hyena is openly competitive rather than cooperative, with access to kills, mating opportunities and the time of dispersal for males depending on the ability to dominate other clan-members. Females provide only for their own cubs rather than assist each other, and males display no paternal care. Spotted hyena society is matriarchal; females are larger than males, and dominate them 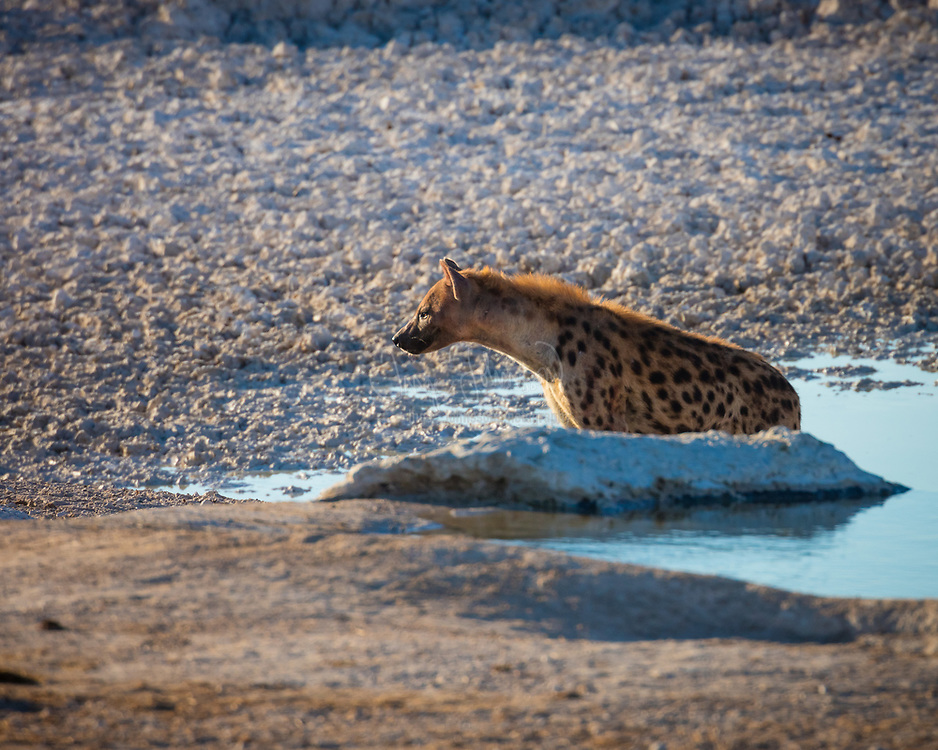