Fredericksburg is the seat of Gillespie County, in the U.S. state of Texas. Fredericksburg was founded in 1846 and named after Prince Frederick of Prussia. Old-time German residents often referred to Fredericksburg as Fritztown, a nickname that is still used in some businesses. The town is also notable as the home of Texas German, a dialect spoken by the first generations of German settlers who initially refused to learn English. On October 14, 1970, the Fredericksburg Historic District was added to the National Register of Historic Places in Texas.

The Vereins Kirche, or Peoples Church, was designed by Friedrich Schubbert (aka Friedrich Armand Strubberg) and became the first public building in Fredericksburg in 1847. It served as a non-denominational church, school, town hall and fort. Locals refer to it as the Kaffeemühle (The Coffee Mill) Church for its shape. 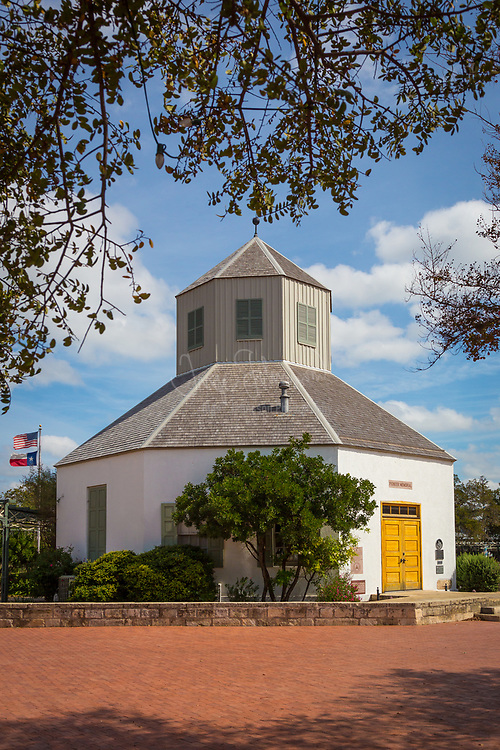