The Pyramid's construction between 200 and 250 AD completed the bilateral symmetry of the temple complex. A slope in front of the staircase gives access to the Avenue of the Dead, a platform atop the pyramid was used to conduct ceremonies in honor of the Great Goddess of Teotihuacan, the goddess of water, fertility, the earth, and even creation itself. This platform and the sculpture found at the pyramid's bottom are thus dedicated to The Great Goddess.

Opposite the Great Goddess's altar is the Plaza of the Moon. The Plaza contains a central altar and an original construction with internal divisions, consisting of four rectangular and diagonal bodies that formed what is known as the "Teotihuacan Cross." 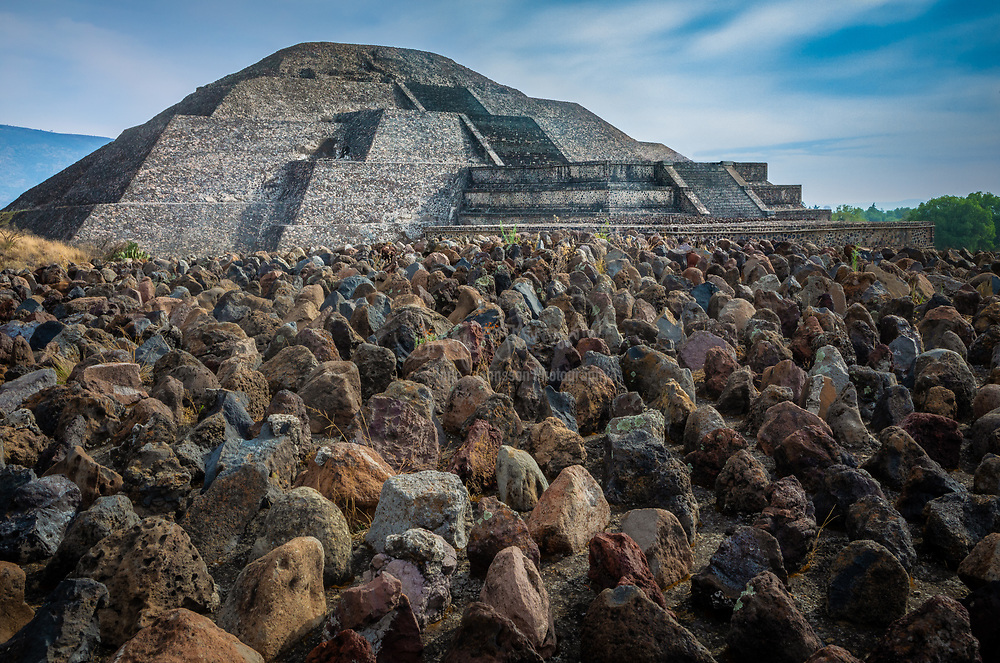