Positano is a village and comune on the Amalfi Coast (Costiera Amalfitana), in Campania, Italy, mainly in an enclave in the hills leading down to the coast.

Positano was a port of the Amalfi Republic in medieval times, and prospered during the sixteenth and seventeenth centuries. By the mid-nineteenth century, however, the town had fallen on hard times. More than half the population emigrated, mostly to America.

Positano was a relatively poor fishing village during the first half of the twentieth century. It began to attract large numbers of tourists in the 1950s, especially after John Steinbeck published his essay about Positano in Harper's Bazaar in May, 1953: "Positano bites deep", Steinbeck wrote. "It is a dream place that isn’t quite real when you are there and becomes beckoningly real after you have gone." 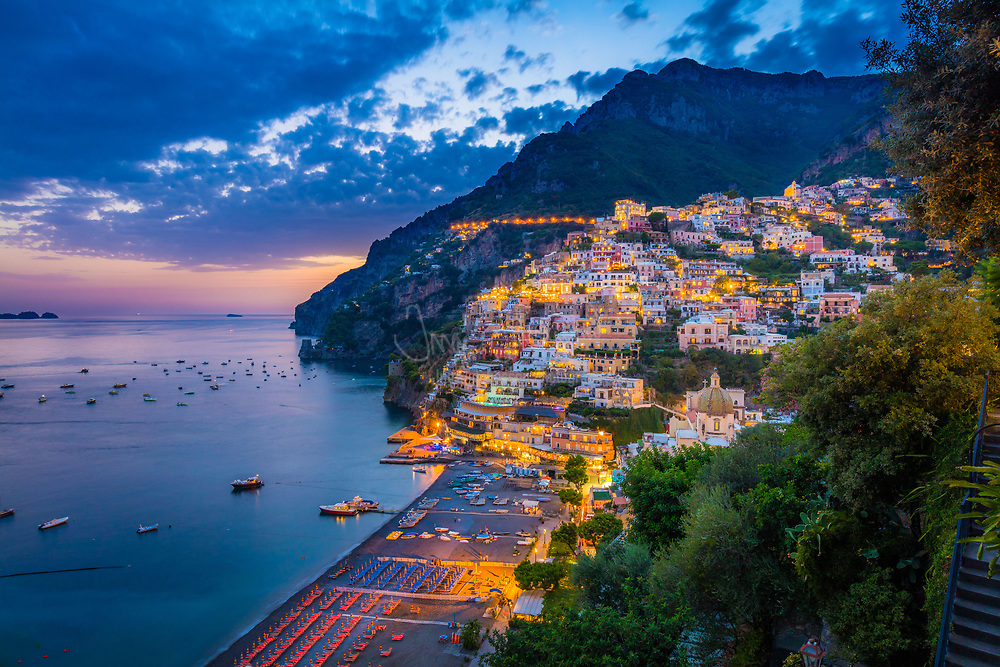