The guanaco (Lama guanicoe) is a camelid native to South America that stands between 1 and 1.2 metres (3 ft 3 in and 3 ft 11 in) at the shoulder and weighs about 90 kg (200 lb). The colour varies very little (unlike the domestic llama), ranging from a light brown to dark cinnamon and shading to white underneath. Guanacos have grey faces and small straight ears. The name guanaco comes from the South American language Quechua word wanaku (old spelling, huanaco). Young guanacos are called chulengo(s). These guanacos were photographed in Torres del Paine, Chile. 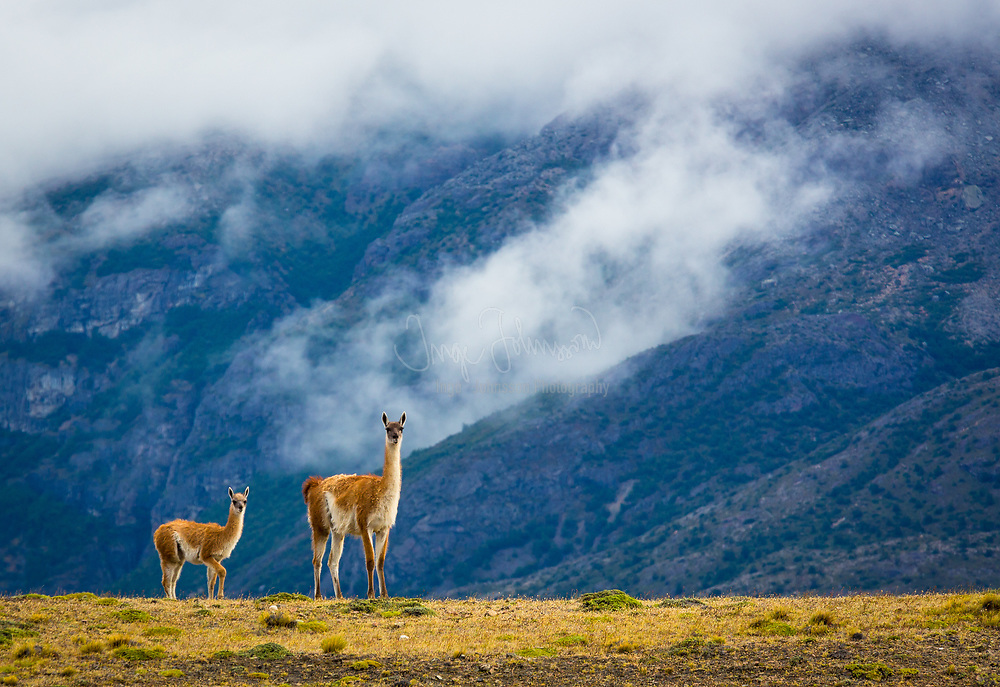