The Alamo is an old Spanish mission (like a church built by Catholic missionaries to minister to the natives) that is in what is now San Antonio, Texas, United States. The Alamo was authorized in 1718 but was not built until 1744. The original name was San Antonio de Valero Mission.

The Alamo is most famous for The Battle of the Alamo, which took place during 1836. It was occupied by 187 men from Texas and around the world who were fighting for the independence of Texas from what was then Mexico. On March 6, 1836, the men in the Alamo were defeated by a force of 5,000 Mexican troops. General Antonio Lopez de Santa Anna was the general for the Mexican army. All 187 Texans were killed, and "Remember the Alamo!" became the battle cry of the Texas Revolution. The battle ended on March 6, 1836, when the defenders were executed.

Many years later, the Texas government restored the Alamo. The Alamo became a National Historic Landmark in 1960, and is now open for tourists. The Alamo also became a UNESCO World Heritage Site on July 5, 2015. 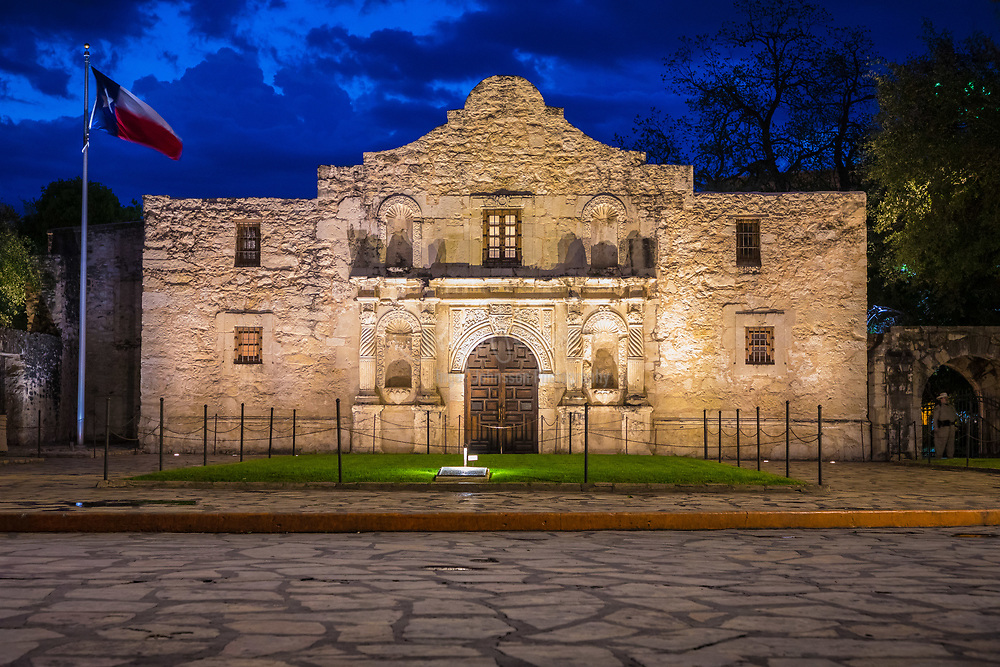