The Bullock Texas State History Museum, is a history museum in Austin, Texas. The museum is a division of the Texas State Preservation Board. Its stated mission is to tell "the Story of Texas." The history museum is named after former Texas Lieutenant Governor Bob Bullock, who championed its creation. The museum is located at 1800 North Congress Avenue in Austin, a few blocks north of the Texas State Capitol. The museum has three floors of interactive exhibits; the first floor theme is "land," the second floor theme "identity," and the third floor theme "opportunity." On the second floor of the museum, 'The Spirit Theater' host a feature presentation entitled 'Star of Destiny.' Designed by award winning experience designer Bob Rogers (designer) and the design team BRC Imagination Arts, the special effects theater presentation takes audiences on an epic journey through the history of Texas, narrated by the character of Sam Houston. In addition to playing several shows, daily, the 200 seat Texas Spirit Theater is also used by the museum as a multimedia special effects theater for alternate film and lecture presentations The museum also has a 70mm film-based IMAX theater. The theater seats 400 and has a projector with both 2-D and 3-D capability. 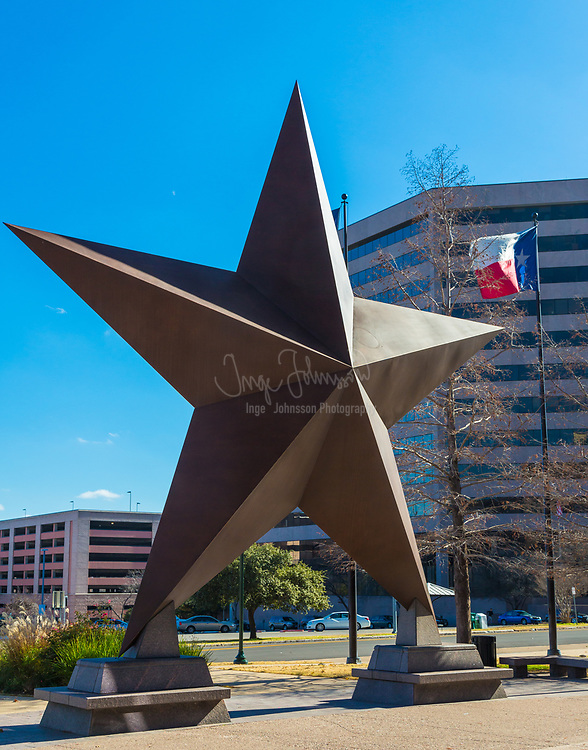