The gemsbok or gemsbuck (Oryx gazella) is a large antelope in the Oryx genus. It is native to the arid regions of Southern Africa, such as the Kalahari Desert. The gemsbok is depicted on the coat of arms of Namibia, where the current population of the species is estimated at 373,000 individuals. Gemsbok are light brownish-grey to tan in colour, with lighter patches toward the bottom rear of the rump. Their tails are long and black in colour. A blackish stripe extends from the chin down the lower edge of the neck, through the juncture of the shoulder and leg along the lower flank of each side to the blackish section of the rear leg. They have muscular necks and shoulders, and their legs have white 'socks' with a black patch on the front of both the front legs, and both genders have long, straight horns. Comparably, the East African oryx lacks a dark patch at the base of the tail, has less black on the legs (none on the hindlegs), and less black on the lower flanks. One very rare condition is the "Golden Oryx", in which the Gemsboks black markings are muted and now appear golden. 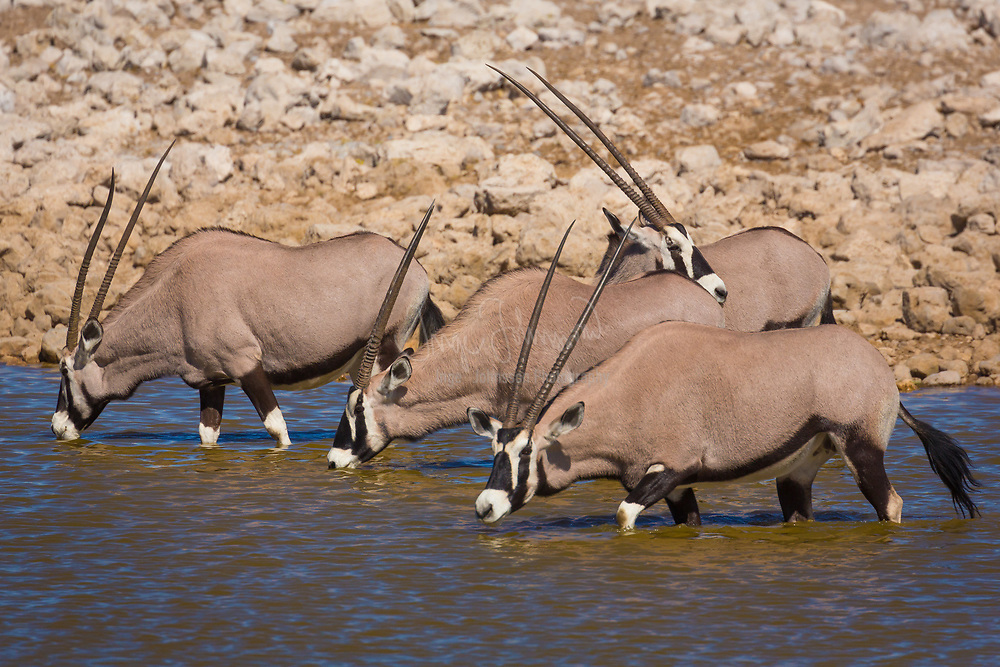