Mercado Hidalgo
------
Guanajuato's market (the Mercado Hidalgo) is housed within a classical iron structure, which dates from the final stages of the industrial era. Mercado Hidalgo, Guanajuato’s market is a chaotic collection of market stalls, selling a wide range of items and a fantastic place for visitors to haggle for gifts. The market’s building structure is a disorganized mixture of different elements, ideas and styles that was originally constructed to be a major train station. The envisaged railway should have brought economic boom to Guanajuato but it was never finalised. The project was supposed to be so great that Alexandre Gustave Eiffel was enticed to work on the project.

This Mexican great building project rapidly evolved from the 1905 conception to being completely dropped after the finalization of the station in 1910. So when the aging president Porfirio Diaz inaugurated the station in 1910, the station was rapidly transformed into a market.

Conveniently the inauguration coincided with the centennial celebrations of Mexican independence, so the market was named after Miguel Hidalgo one of Guanajuato state's early Mexican independence martyrs. Porfirio Diaz had performed an amazing public relations act by transforming an expensive unwanted structure into a building which Guanajuato's residents would use, take pride in and in doing so, recalled a local hero of the independence movement. 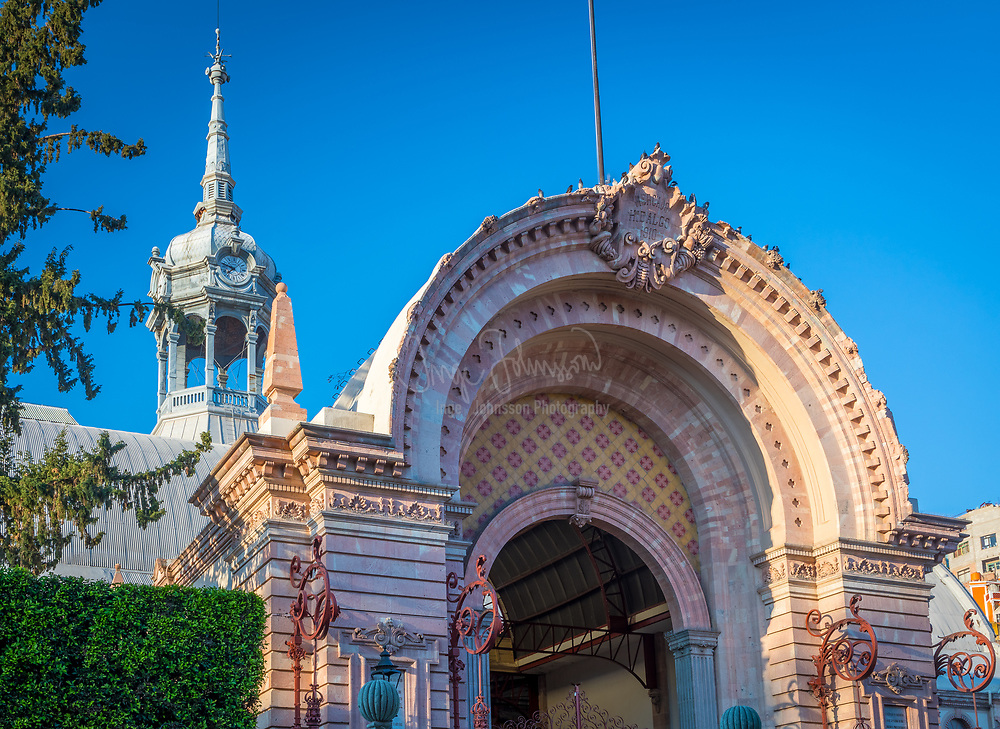