Agra Fort, is a monument, a UNESCO World Heritage site located in Agra, Uttar Pradesh, India. It is about 2.5 km northwest of its more famous sister monument, the Taj Mahal. The fort can be more accurately described as a walled city. Agra Fort was originally a brick fort, held by the Hindu Sikarwar Rajputs. It was mentioned for the first time in 1080 AD when a Ghaznavide force captured it. ikandar Lodi (1488–1517) was the first Sultan of Delhi who shifted to Agra and lived in the fort. He governed the country from here and Agra assumed the importance of the second capital. He died in the fort at 1517 and his son, Ibrahim Lodi, held it for nine years until he was defeated and killed at Panipat in 1526. Several palaces, wells and a mosque were built by him in the fort during his period. An interesting mix of Hindu and Islamic architecture is found here. In fact, some of the Islamic decorations feature haraam (sinful) images of living creatures – dragons, elephants and birds, instead of the usual patterns and calligraphy seen in Islamic surface decoration. 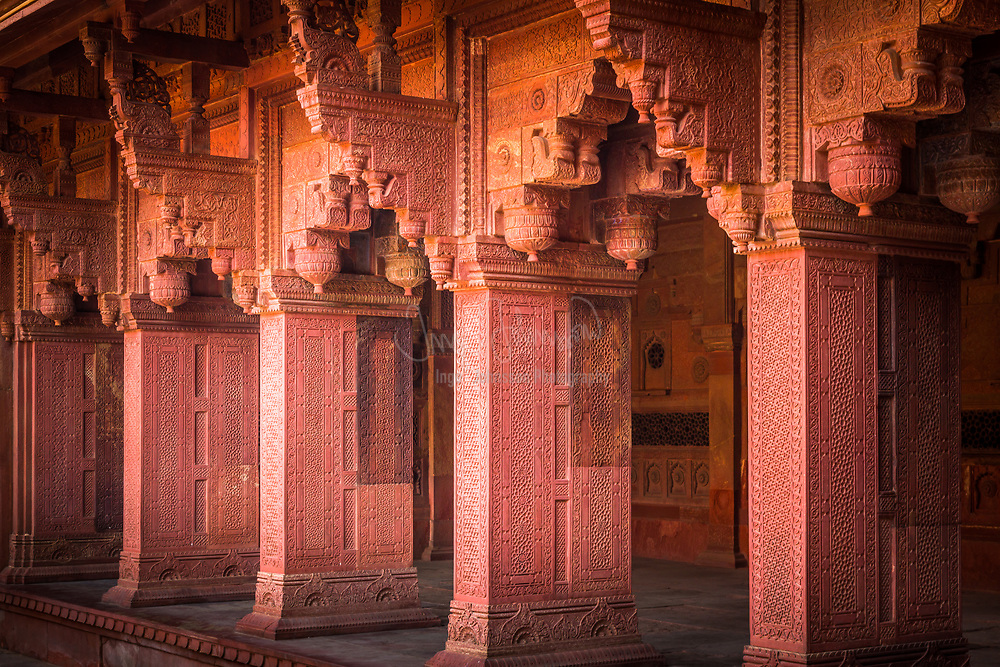