The Nancy Lee and Perry R. Bass Performance Hall in Fort Worth, Texas is located in downtown Fort Worth near Sundance Square, occupies a whole city block, and was opened in 1998. It was built entirely with private funds and seats 2,056 people in a city with an estimated 2009 population of 720,250. It is regarded as an important symbol of one of the most successful downtown revitalization efforts in the country. The European opera house-inspired limestone structure has been called the "crown jewel of downtown Fort Worth".
It was designed by David M. Schwarz/Architectural Services, Inc. and is characteristic of the classic European opera house form. An 80-foot-diameter (24 m) Great Dome, artfully painted by Scott and Stuart Gentling, tops the Founders Concert Theater. Two 48-foot-tall (15 m) angels sculpted by Marton Varo from Texas limestone grace the Grand Façade. The Hall's acoustics were designed and implemented by JaffeHolden Acoustics, Inc. of Norwalk, CT.
The Hall itself is renowned for its superb acoustics, exceptional sightlines and ambience on level with the great halls of the world. In fact, in an article by Daniel March in the March 1999 issue of Travel and Leisure magazine, it is described as “the newest star in the opera-house firmament…. Two giant, hand-carved trumpet-playing angels on the façade announce its welcome presence in the middle of downtown and, although surmounted by a dome that appears to float over trompe l'oeil clouds (built in) a mixture of Beaux-Arts and Vienna Secessionist styles”.
Built as a multi-purpose facility, the Hall is able to house symphony, ballet, opera, stage, musicals, and rock concerts and it is now the permanent home to the Fort Worth Symphony Orchestra, Texas Ballet Theater, Fort Worth Opera, and the Van Cliburn International Piano Competition and Cliburn Concerts. Performing Arts Fort Worth, which manages the Hall, also hosts its own performances here, including national touring Broadway productions and a fami 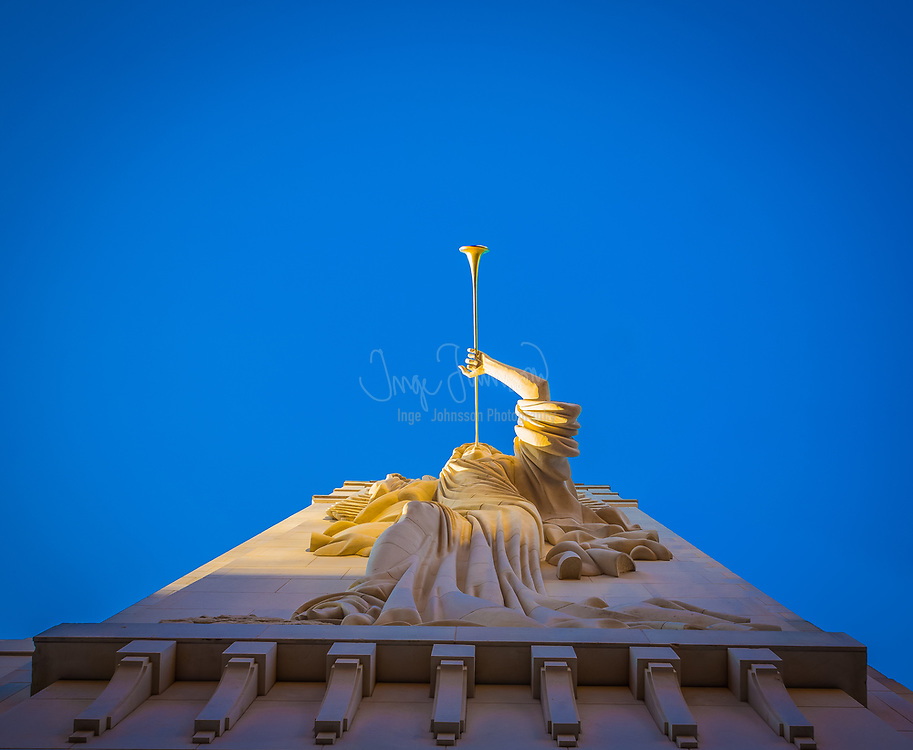