The Red Fort is a 17th century fort complex constructed by the Mughal emperor Shah Jahan in the walled city of Old Delhi (in present day Delhi, India). It served as the capital of the Mughals until 1857, when Mughal emperor Bahadur Shah Zafar was exiled by the British Indian government. The British used it as a military camp until India was made independent in 1947. It is now a popular tourist site, as well as a powerful symbol of India's sovereignty: the Prime Minister of India raises the flag of India on the ramparts of the Lahori Gate of the fort complex every year on Independence Day. It was designated a UNESCO World Heritage Site in 2007. Mughal Emperor Shahjahan, started construction of the massive fort in 1638 and work was completed in 1648 (10 years). The Red Fort was originally referred to as "Qila-i-Mubarak" (the blessed fort), because it was the residence of the royal family. The layout of the Red Fort was organised to retain and integrate this site with the Salimgarh Fort. The fortress palace was an important focal point of the medieval city of Shahjahanabad. The planning and aesthetics of the Red Fort represent the zenith of Mughal creativity which prevailed during the reign of Emperor Shah Jahan. This Fort has had many developments added on after its construction by Emperor Shahjahan. The significant phases of development were under Aurangzeb and later Mughal rulers. Important physical changes were carried out in the overall settings of the site after the First War of Independence during British Rule in 1857. After Independence, the site experienced a few changes in terms of addition/alteration to the structures. During the British period the Fort was mainly used as a cantonment and even after Independence, a significant part of the Fort remained under the control of the Indian Army until the year 2003.The Red Fort is a tourist attraction from around the world. The Red Fort was the palace for Mughal Emperor Shah Jahan's new capital, Shahjahanabad, the 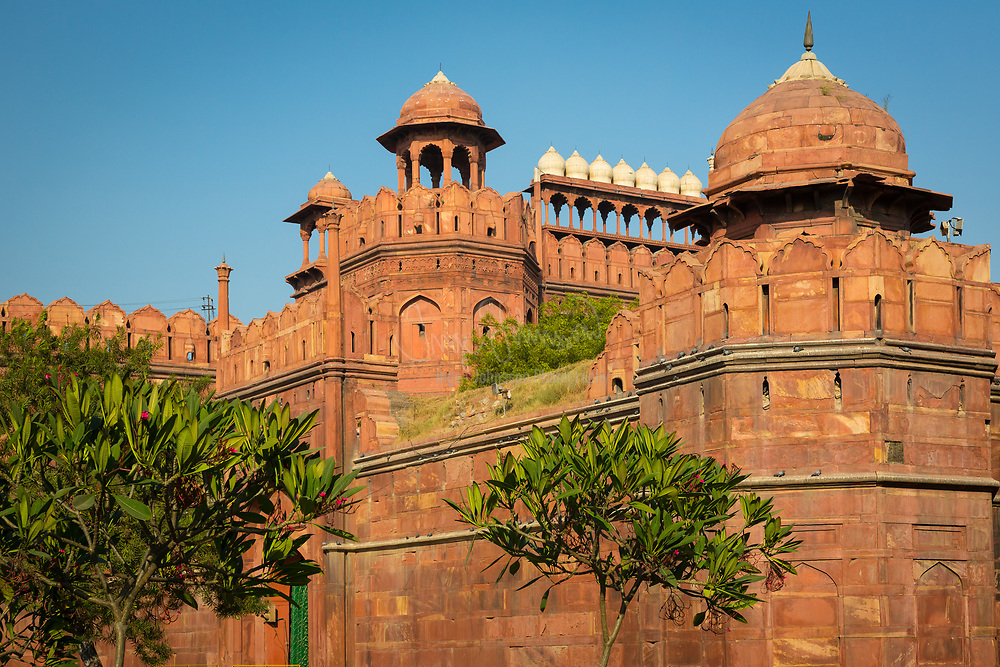