The Stuart Range is a mountain range in central Washington, USA. The range lies within the eastern extent of the Cascade Range immediately southwest of Leavenworth and runs east-west. The western peaks make up a single sharp ridge. The eastern half of the range splits into two parallel ridges, the northern of which is known as the Enchantment Peaks. Between these ridges lies the Enchantment Basin, which holds the dozens of tarns known as the Enchantment Lakes. Collectively, the basin and the encircling eastern peaks of the Stuart Range make up The Enchantments, a well-known backpacking destination. The south face of the Stuart Range falls off steeply to Ingalls Creek, beyond which rise the roughly parallel Wenatchee Mountains 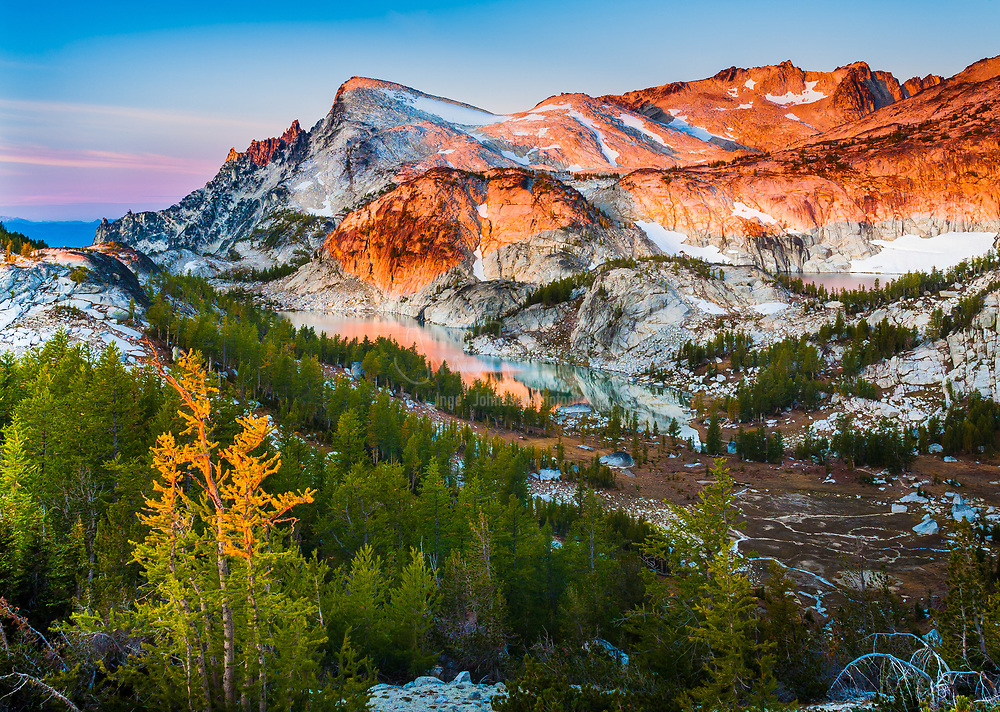