Cadillac Ranch is a public art installation and sculpture in Amarillo, Texas, USA. It was created in 1974 by Chip Lord, Hudson Marquez and Doug Michels, who were a part of the art group Ant Farm.

The installation consists of ten Cadillacs (1949-1963) buried nose-first in the ground. Installed in 1974, the cars were either older running, used or junk cars — together spanning the successive generations of the car line — and the defining evolution of their tailfins.

Chip Lord and Doug Michels were architects; Marquez was an art student at Tulane University in New Orleans, Louisiana. According to Chip Lord, "Ant Farm was founded as an alternative architectural practice, kind of an experiment in an attempt to subvert normal corporate ways of doing architecture."

According to Marquez, "Chip and I were living in the mountains north of San Francisco, and there was a book meant for kids left in a bar near where we lived. It was called ‘The Look of Cars,’ and there was something on the rise and fall of the tail fin. I didn't have a lot to do, so I just sorta drew it up. I’ve always loved the Cadillacs."

The group claims to have been given a list of eccentric millionaires in 1972 in San Francisco, identifying Stanley Marsh 3 of Amarillo amongst those who might be able to fund one of their projects and submitted it to him. Marsh's response began "It's going to take me awhile to get used to the idea of the Cadillac Ranch. I'll answer you by April Fool's Day. It's such an irrelevant and silly proposition that I want to give it all my time and attention so I can make a casual judgment of it." 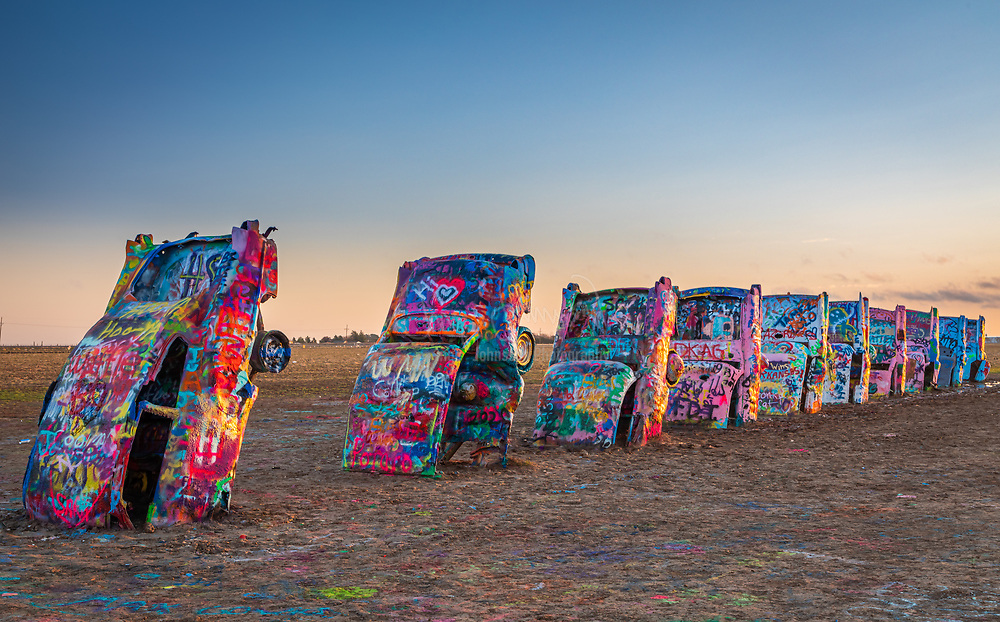