Picturesque scene in the historic center of San Miguel de Allende, exico
------
San Miguel de Allende is a city and municipality located in the far eastern part of the state of Guanajuato in central Mexico. It is part of the macroregion of Bajío. Historically, the town is important as being the birthplace of Ignacio Allende, whose surname was added to the town’s name in 1826, as well as the first municipality declared independent of Spanish rule by the nascent insurgent army during the Mexican War of Independence. However, the town waned during and after the war, and at the beginning of the 20th century was in danger of becoming a ghost town. Its Baroque/Neoclassical colonial structures were "discovered" by foreign artists who moved in and began art and cultural institutes such as the Instituto Allende and the Escuela de Bellas Artes. This gave the
This attracted foreign art students, especially former U.S. soldiers studying on the G.I. Bill after the Second World War. Since then, the town has attracted a significant amount of foreign retirees, artists, writers and tourists, which is shifting the area’s economy from agriculture and industry to commerce catering to outside visitors and residents. The main attraction of the town is its well-preserved historic center, filled with buildings from the 17th and 18th centuries. This and the nearby Sanctuary of Atotonilco have been declared World Heritage Sites in 2008. 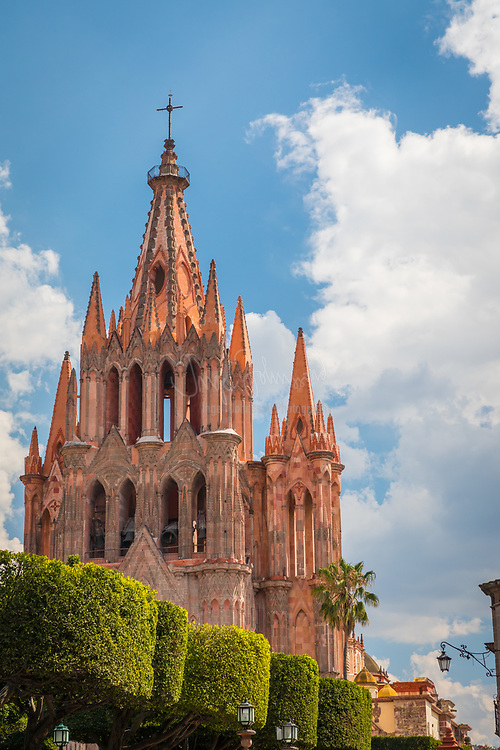