The Jawab ("answer") building immediately to the east of the Taj Mahal itself. The Taj Mahal is a white marble mausoleum located in Agra, Uttar Pradesh, India. It was built by Mughal emperor Shah Jahan in memory of his third wife, Mumtaz Mahal. The Taj Mahal is widely recognized as "the jewel of Muslim art in India and one of the universally admired masterpieces of the world's heritage". Taj Mahal is regarded by many as the finest example of Mughal architecture, a style that combines elements from Islamic, Persian, Ottoman Turkish and Indian architectural styles. In 1983, the Taj Mahal became a UNESCO World Heritage Site. While the white domed marble mausoleum is the most familiar component of the Taj Mahal, it is actually an integrated complex of structures. The construction began around 1632 and was completed around 1653, employing thousands of artisans and craftsmen. The construction of the Taj Mahal was entrusted to a board of architects under imperial supervision, including Abd ul-Karim Ma'mur Khan, Makramat Khan, and Ustad Ahmad Lahauri. Lahauri is generally considered to be the principal designer. 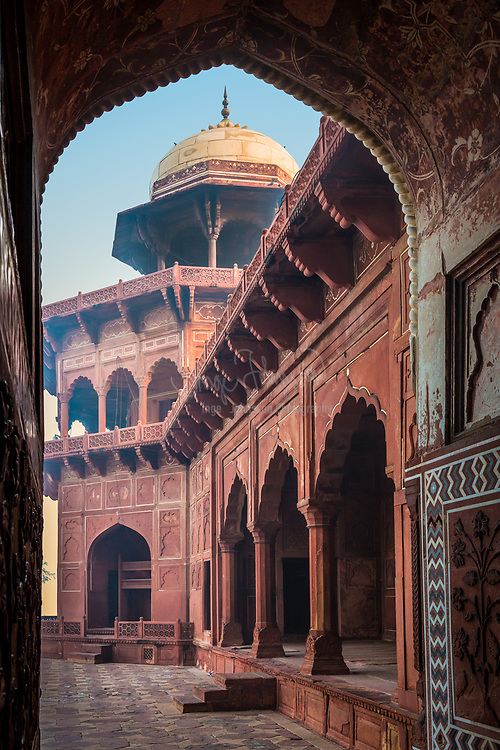