Grey fox in Chile's Torres del Paine national park. The South American gray fox (Lycalopex griseus), also known as the Patagonian fox, the chilla, or the grey zorro, is a species of zorro, the "false" foxes. The South American gray fox is found in the Southern Cone of South America, particularly in Argentina and Chile. Its range comprises a stripe, both sides of the Andes Mountain Range between parallels 17ºS (northernmost Chile) and 54ºS (Tierra del Fuego).

In Argentina, this species inhabits the western semiarid region of the country, from the Andean spurs (ca. 69ºW) to meridian 66ºW. South from the Río Grande, the distribution of the fox widens reaching the Atlantic coast. In Chile, it is present throughout the country. Its presence in Peru has been mentioned; to date, however, there has been no confirmation of it. The South American gray fox was introduced to the Falkland Islands in the late 1920s early 1930s and is still present in quite large numbers on Beaver and Weddell Islands plus several smaller islands.

The South American gray fox occurs in a variety of habitats, from the warm, arid scrublands of the Argentine Monte and the cold, arid Patagonian steppe to the forest of southernmost Chile. 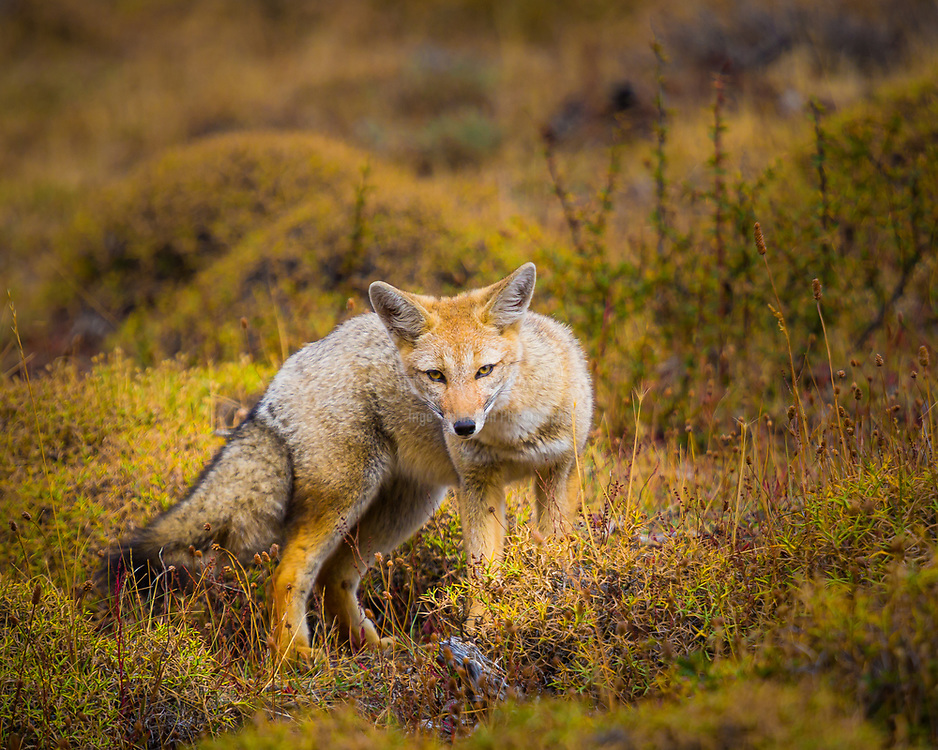