Lodi Gardens is a park in Delhi, India. Spread over 90 acres, it contains, Mohammed Shah's Tomb, Sikander Lodi's Tomb, Sheesh Gumbad and Bara Gumbad, architectural works of the 15th century Sayyid and Lodhis, an Afghan dynasty, that ruled parts of northern India and Punjab and Khyber Pakhtunkhwa province of modern day Pakistan, from 1451 to 1526. The site is now protected by the Archeological Survey of India (ASI). The gardens are situated between Khan Market and Safdarjung's Tomb on Lodhi Road and is a hotspot for morning walks for the Delhiites.
.....
In the middle of the gardens is the Bara Gumbad ("Big Dome"), it consists of a large rubble-construct dome, it is not a tomb[citation needed] but a gateway to an attached a three domed masjid (mosque), both built in 1494 during the reign of Sikander Lodi, there is also a residence surrounding a central courtyard, where the remains of a water tank can be seen. Opposite the Bara Gumbad is the Sheesh Gumbad ("Glass dome") for the glazed tiles used in its construction, which contains the remains of an unknown family, this was also built during the reign of Sikander Lodi. 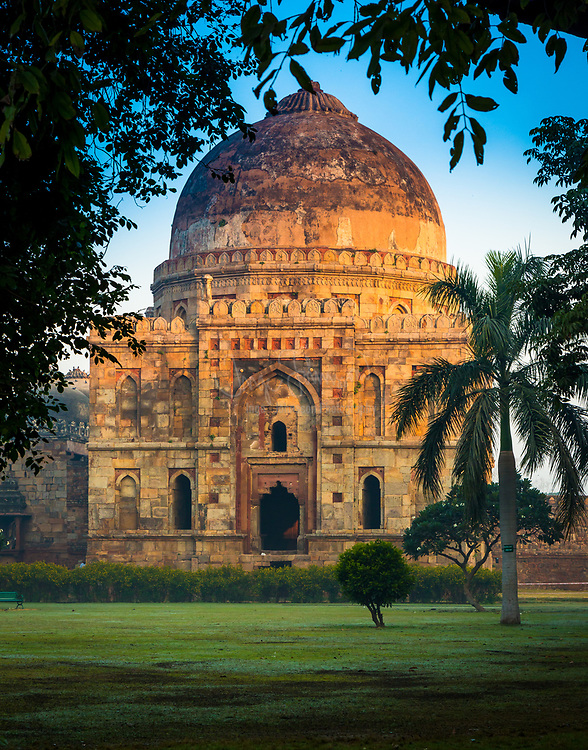