A lunar eclipse occurs when the Moon passes directly behind the Earth into its umbra (shadow). This can occur only when the Sun, Earth, and Moon are aligned (in "syzygy") exactly, or very closely so, with the Earth in the middle. Hence, a lunar eclipse can only occur the night of a full moon. The type and length of an eclipse depend upon the Moon's location relative to its orbital nodes.

The Moon does not completely disappear as it passes through the umbra because of the refraction of sunlight by the Earth’s atmosphere into the shadow cone; if the Earth had no atmosphere, the Moon would be completely dark during an eclipse. The red coloring arises because sunlight reaching the Moon must pass through a long and dense layer of the Earth’s atmosphere, where it is scattered. Shorter wavelengths are more likely to be scattered by the air molecules and the small particles, and so by the time the light has passed through the atmosphere, the longer wavelengths dominate. This resulting light we perceive as red. This is the same effect that causes sunsets and sunrises to turn the sky a reddish color; an alternative way of considering the problem is to realize that, as viewed from the Moon, the Sun would appear to be setting (or rising) behind the Earth. Such a total eclipse of the moon is sometimes referred to as a blood moon. 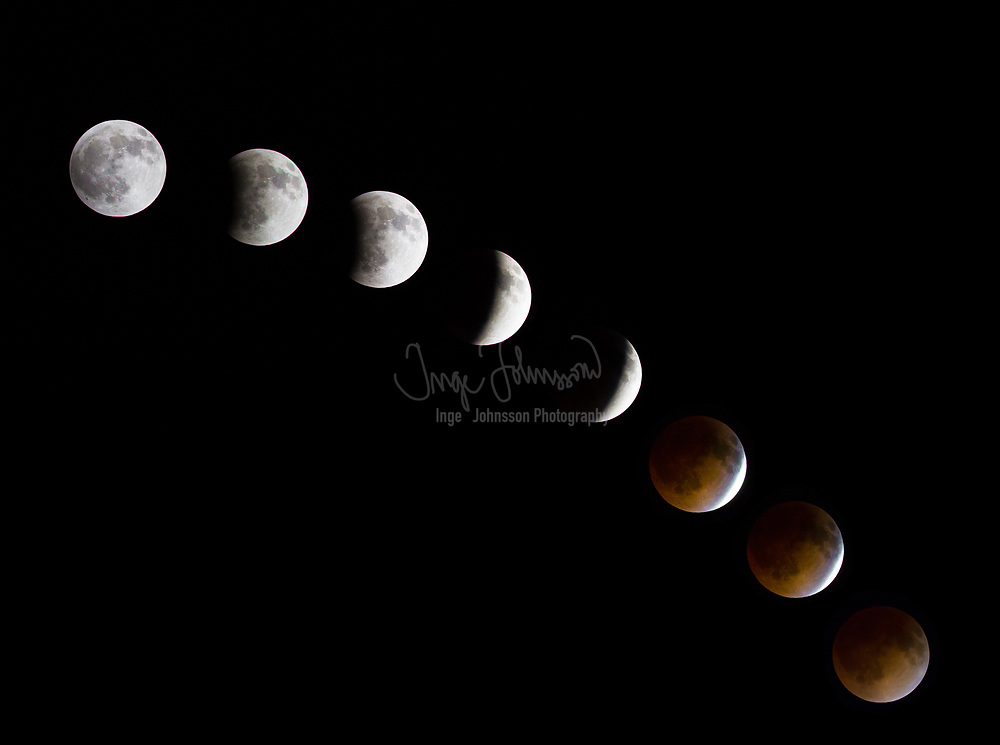