Safdarjung's Tomb is a sandstone and marble mausoleum in New Delhi, India. It was built in 1754 in the late Mughal Empire style for the statesman Safdarjung, and was described as "the last flicker in the lamp of Mughal architecture".[1] The monument has an ambiance of spaciousness and an imposing presence with its domed and arched red brown and white coloured structures.[2] Safdarjung was made prime minister of the Mughal Empire (Wazir ul-Mamlak-i-Hindustan) when Ahmad Shah Bahadur ascended the throne in 1748. 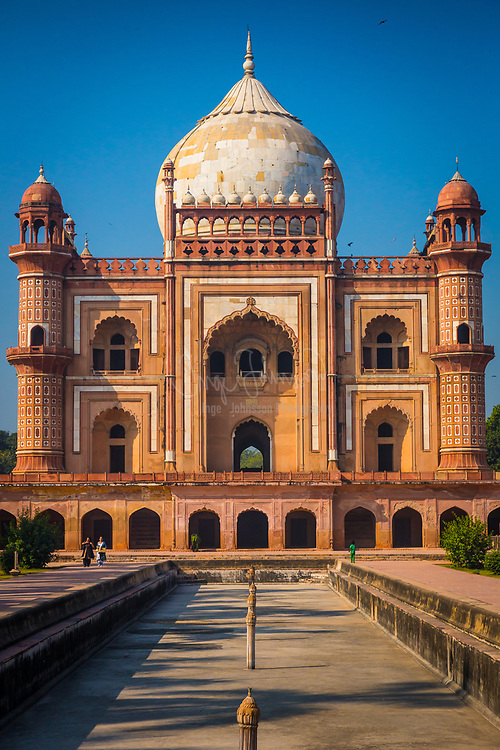