Avalanche lilies along Hurricane Ridge in Washington state's Olympic National Park. Olympic National Park is located in the U.S. state of Washington, in the Olympic Peninsula. The park can be divided into four basic regions: the Pacific coastline, alpine areas, the west side temperate rainforest and the forests of the drier east side. U.S. President Theodore Roosevelt originally created Mount Olympus National Monument in 1909 and after Congress voted to authorize a re-designation to National Park status, President Franklin Roosevelt signed the legislation June 29, 1938. In 1976, Olympic National Park became an International Biosphere Reserve, and in 1981 it was designated a World Heritage Site. In 1988, Congress designated 95 percent of the park as the Olympic Wilderness 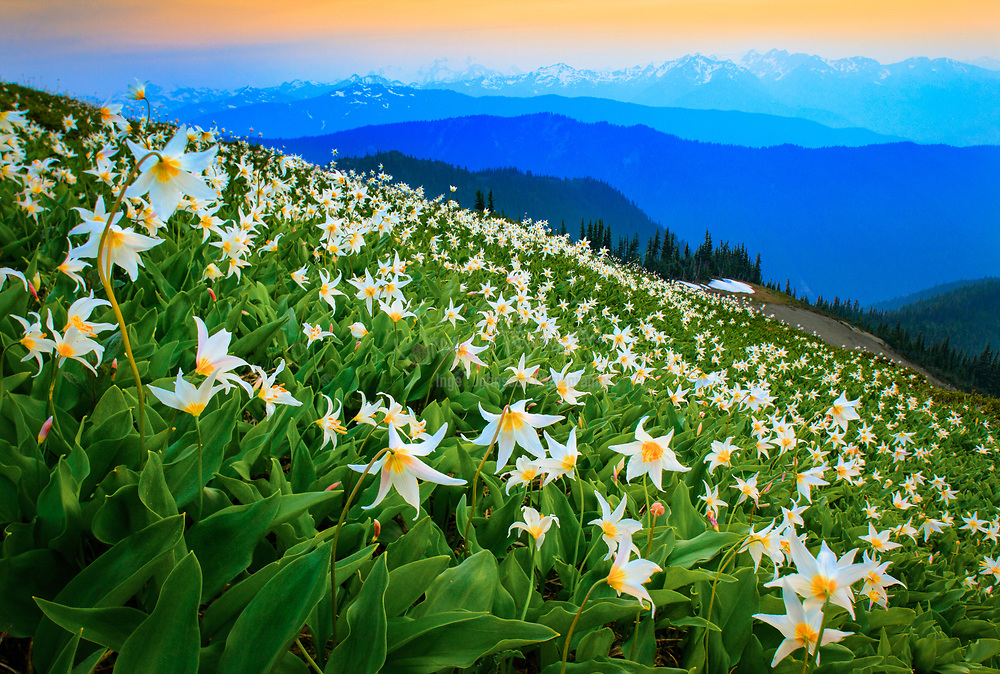