Crooked River and Smith Rock
.....
Smith Rock State Park is an American state park located in central Oregon's high desert near the communities of Redmond and Terrebonne. Its sheer cliffs of tuff and basalt are ideal for rock climbing of all difficulty levels. Smith Rock is generally considered the birthplace of modern American sport climbing, and is host to cutting-edge climbing routes. There is sport climbing, traditional climbing, multi-pitch climbing, and bouldering.

The park contains the first U.S. climb rated 5.14. The area is well known for its challenging climbing routes so eventually all top climbers visit. In 1983, Allan Watts began to use sport climbing ethics which pushed American climbing to new levels. Shortly after, between 1992 and 2009, about 500 new climbing routes were added. This brought climbers from all over the world as Smith Rock became the world capital for sport climbing. To this day the park still attracts climbers from all over the world. The winter tends to be too cold (below freezing) for climbing and the summer months regularly reach the 100s °F. In addition to the world-famous rock climbing, Smith Rock State Park is host to many miles of hiking trails, the meandering Crooked River and views of the volcanic peaks of Oregon's Cascade Range. 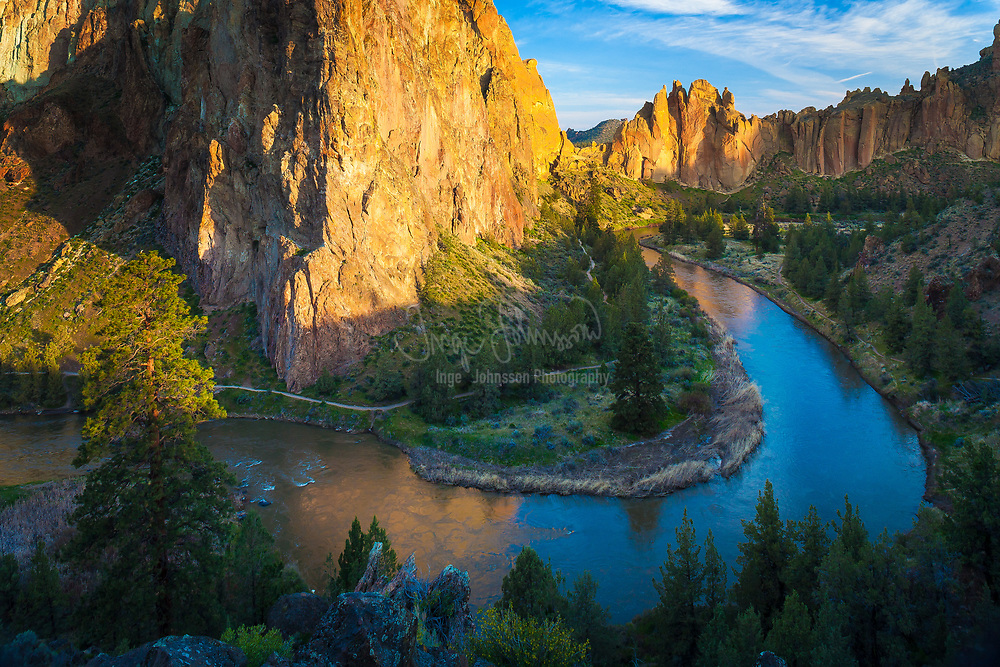