Mount Shuksan in Washington state's North Cascades National Park reflecting in Picture Lake. Mount Shuksan is a glaciated massif in the North Cascades National Park. Shuksan rises in Whatcom County, Washington immediately to the east of Mount Baker, and 11.6 miles south of the Canadian border. The mountain's name Shuksan is derived from the Lummi word, said to mean "high peak". The highest point on the mountain is a three sided peak known as Summit Pyramid. There are two named subsidiary peaks: Nooksack Tower and The Hourglass. The mountain is composed of Shuksan greenschist, oceanic basalt that was metamorphosed when the Easton terrane collided with the west coast of North America, approximately 120 million years ago. The mountain is an eroded remnant of a thrust plate formed by the Easton collision. 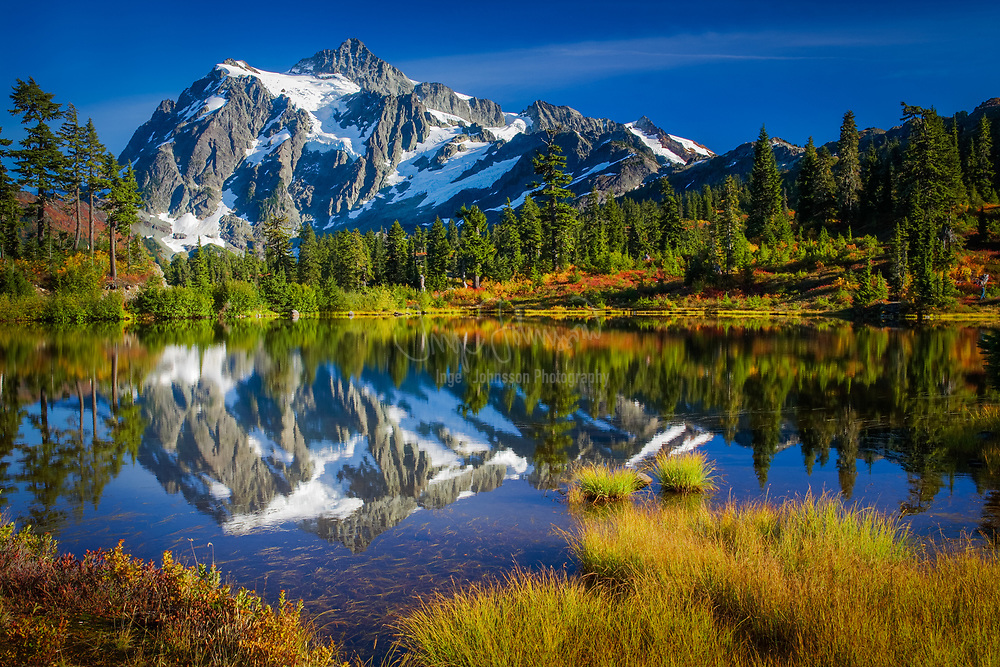