The land surrounding the falls was developed by Simon Benson in the early-twentieth century, with a pathway, viewing bridge, and adjacent lodge being constructed in 1925. The Multnomah Falls Lodge and the surrounding footpaths at the falls were added to the National Register of Historic Places in 1981. Contemporarily, the state of Oregon maintains a switchback trail that ascends to a talus slope 100 feet above the falls, and descends to an observation deck that overlooks the falls' edge. The falls attract over two million visitors each year, making it the most-visited natural recreation site in the U.S. Pacific Northwest. 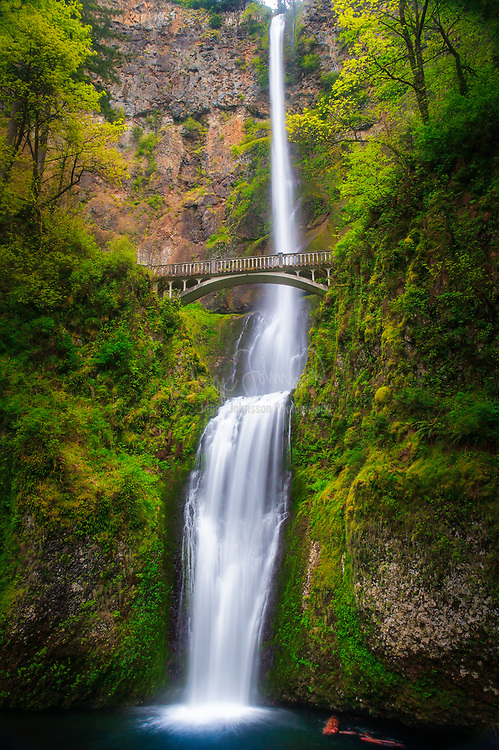