Sikandar Lodi (died November 21, 1517), born Nizam Khan, was the Sultan of Delhi between 1489 to 1517. He became the next ruler of the Lodi dynasty after the death of his father Bahlul Khan in July 1489. The second and most successful ruler of the Lodi dynasty of the Delhi sultanate He was also a poet of the Persian language and prepared a diwan of 9000 verses.
.....
Lodi Gardens is a park in Delhi, India. Spread over 90 acres, it contains, Mohammed Shah's Tomb, Sikander Lodi's Tomb, Sheesh Gumbad and Bara Gumbad, architectural works of the 15th century Sayyid and Lodhis, an Afghan dynasty, that ruled parts of northern India and Punjab and Khyber Pakhtunkhwa province of modern day Pakistan, from 1451 to 1526. The site is now protected by the Archeological Survey of India (ASI). The gardens are situated between Khan Market and Safdarjung's Tomb on Lodhi Road and is a hotspot for morning walks for the Delhiites. 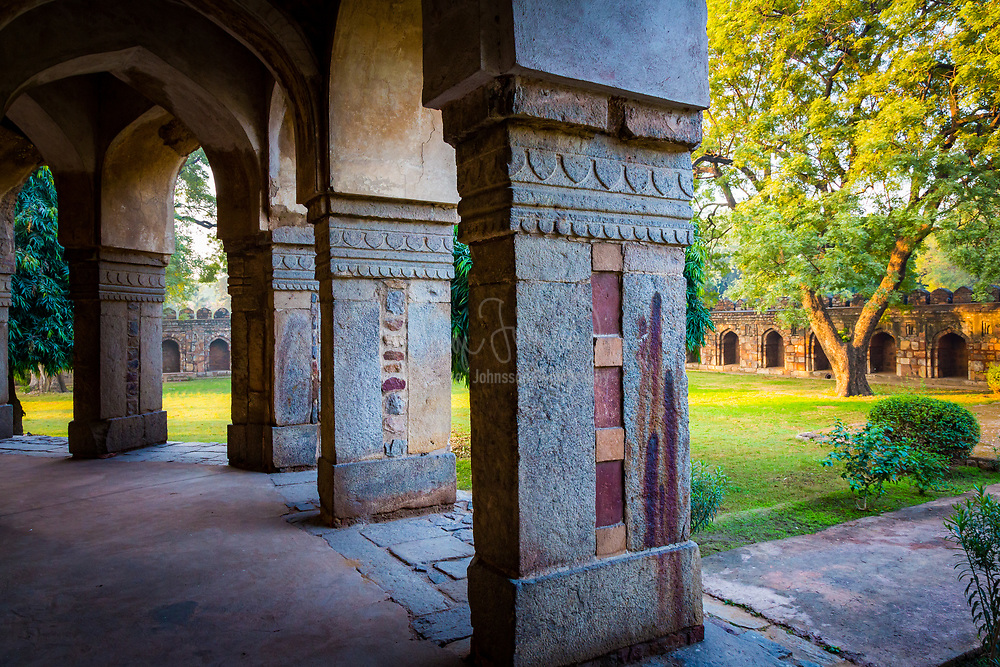