Moonset at Lago Viedma in Patagonia, Argentina. Viedma Lake (Spanish: Lago Viedma), approximately 50 miles long in southern Patagonia near the border between Chile and Argentina. It's a major elongated trough lake formed from melting glacial ice. The name of the lake comes from the Spanish explorer Antonio de Viedma, who in 1783 reached its shores, being the first European to do so. The town of El Chaltén and the Andes peaks Cerro Torre and Fitz-Roy lie in the proximity of Lake Viedma. Lake Viedma is fed primarily by the Viedma Glacier at its the western end. The Viedma Glacier measures 3 miles wide at its terminus at Lake Viedma. The brown landscape is a result of ice scouring, which left virtually no vegetation on the steep-walled valleys. Water from lake Viedma flows into Lake Argentino through the La Leona River, and eventually from there into the Atlantic Ocean through the Santa Cruz River. Although most of the lake lies in Argentine territory, the western shores of the lake reach the Southern Patagonian Ice Field in an area where the border remains undefined. 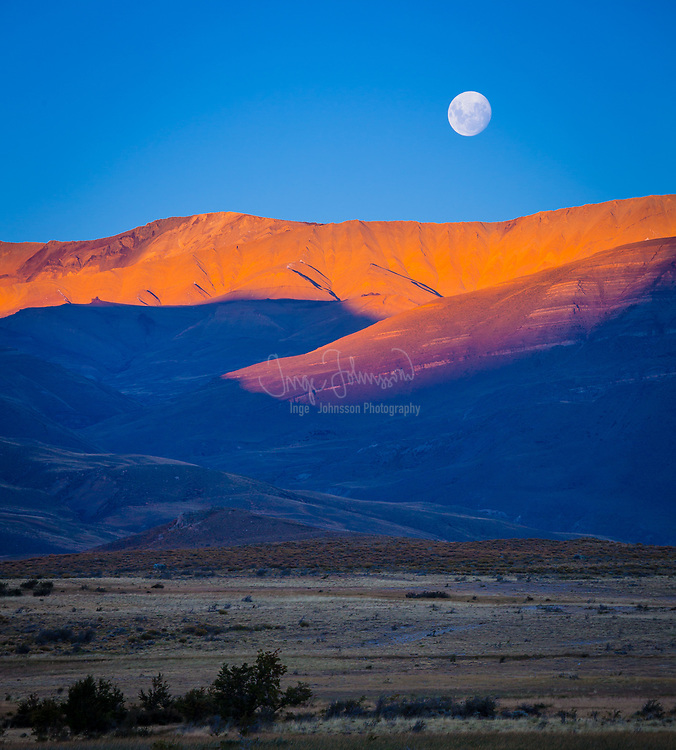