This beautiful octagonal maqbara (tomb) of Muhammad Shah Sayyid (also known as Mubarak Khan) is located near the south-west corner of the Lodi Garden. The tomb was built in 1444 for the third Sayyid sultan Muhammad Shah.

The architecture follows the style of the Khan-i-Jahan Tilangani maqbara and the Mubarak Shah Sayyid maqbara with some modifications. It has a fuller dome on a raised seat surrounded by chhatris. Each of the octagonal side has a three-arch opening, bordered by inclined columns at each corner. This is arguably the best example of Sayyid monuments. The tomb is beautifully ornamented and some of the orginal coloured plaster-work is still visible. 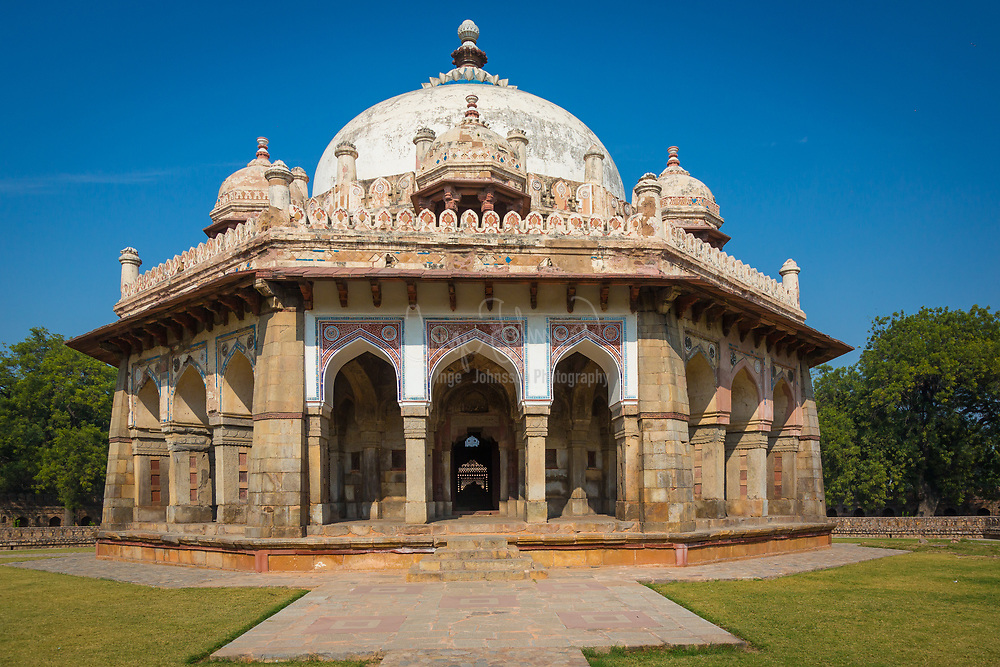