Cincinnati is the third largest city in Ohio and the 28th largest city in the United States by metropolitan population and the county seat of Hamilton County, Ohio, United States. Settled in 1788, the city is located on the border between Ohio and Kentucky at the confluence of the Ohio River and the Licking River. According to the 2010 census, the population of the metropolitan area was 2,214,954 - the 28th largest Metropolitan Statistical Area (MSA) in the United States and the largest based in Ohio. Residents of Cincinnati are called Cincinnatians.

In the early 19th century, Cincinnati was an American boomtown in the heart of the country to rival the larger coastal cities in size and wealth. Because it is the first major American city founded after the American Revolution as well as the first major inland city in the country, Cincinnati is sometimes thought of as the first purely American city. It developed initially without as much European immigration or influence that was taking place at the same time in eastern cities. However, by the end of the 19th century, with the shift from steamboats to railroads, Cincinnati's growth had slowed considerably and the city became surpassed in population by other inland cities, Chicago and St. Louis.

Cincinnati is home to two major sports teams, the Cincinnati Reds and the Cincinnati Bengals, an important tennis tournament, the Cincinnati Masters, and home to large events such as the Flying Pig Marathon, the Macy's Music Festival, and the WEBN Labor Day Fireworks/Riverfest. The University of Cincinnati traces its foundation to the Medical College of Ohio, which was founded in 1819.[ 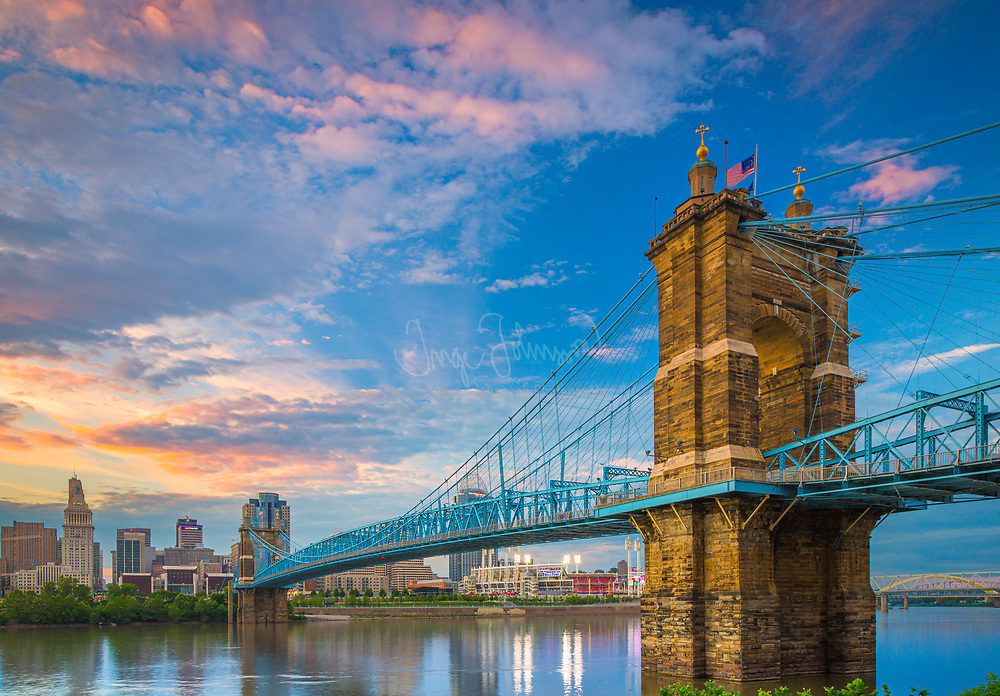