The Skeleton Coast is the northern part of the Atlantic Ocean coast of Namibia and south of Angola from the Kunene River south to the Swakop River, although the name is sometimes used to describe the entire Namib Desert coast. The Bushmen of the Namibian interior called the region "The Land God Made in Anger", while Portuguese sailors once referred to it as "The Gates of Hell".

The name Skeleton Coast was invented by John Henry Marsh as the title for the book he wrote chronicling the shipwreck of the Dunedin Star. Since the book was first published in 1944 it has become so well known that the coast is now generally referred to as Skeleton Coast and is given that as its official name on most maps today.

The Suiderkus (1976): A relatively modern fishing trawler, the Suiderkus ran aground near Möwe Bay on her maiden voyage despite a highly sophisticated navigational system. After a few months most of the ship had disintegrated but a large portion of the hull survived. The hull is home to cormorants, and it’s a popular subject for photographers. It’s one of the most visible and relatively accessible wrecks along the coast. 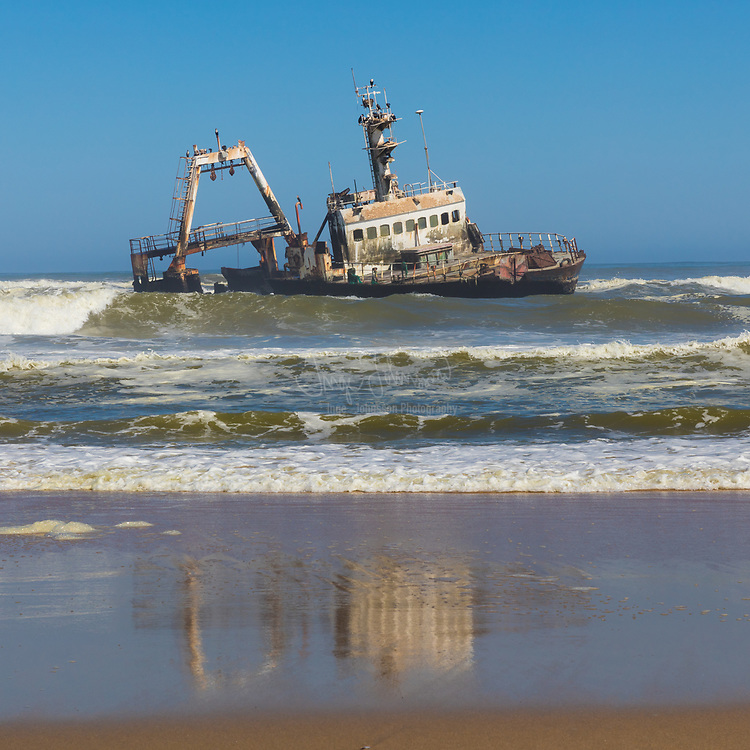