The raccoon, also known as the common raccoon, North American raccoon, northern raccoon and colloquially as coon, is a medium-sized mammal native to North America. The raccoon is the largest of the procyonid family, having a body length of 16 to 28 in and a body weight of 8 to 20 lb. Its grayish coat mostly consists of dense underfur which insulates against cold weather. Two of the raccoon's most distinctive features are its extremely dexterous front paws and its facial mask, which are themes in the mythology of several Native American tribes. Raccoons are noted for their intelligence, with studies showing that they are able to remember the solution to tasks for up to three years. The diet of the omnivorous raccoon, which is usually nocturnal, consists of about 40% invertebrates, 33% plant foods, and 27% vertebrates.
The original habitats of the raccoon are deciduous and mixed forests, but due to their adaptability they have extended their range to mountainous areas, coastal marshes, and urban areas, where some homeowners consider them to be pests. As a result of escapes and deliberate introductions in the mid-20th century, raccoons are now also distributed across the European mainland, the Caucasus region and Japan.
Though previously thought to be solitary, there is now evidence that raccoons engage in gender-specific social behavior. Related females often share a common area, while unrelated males live together in groups of up to four animals to maintain their positions against foreign males during the mating season, and other potential invaders. 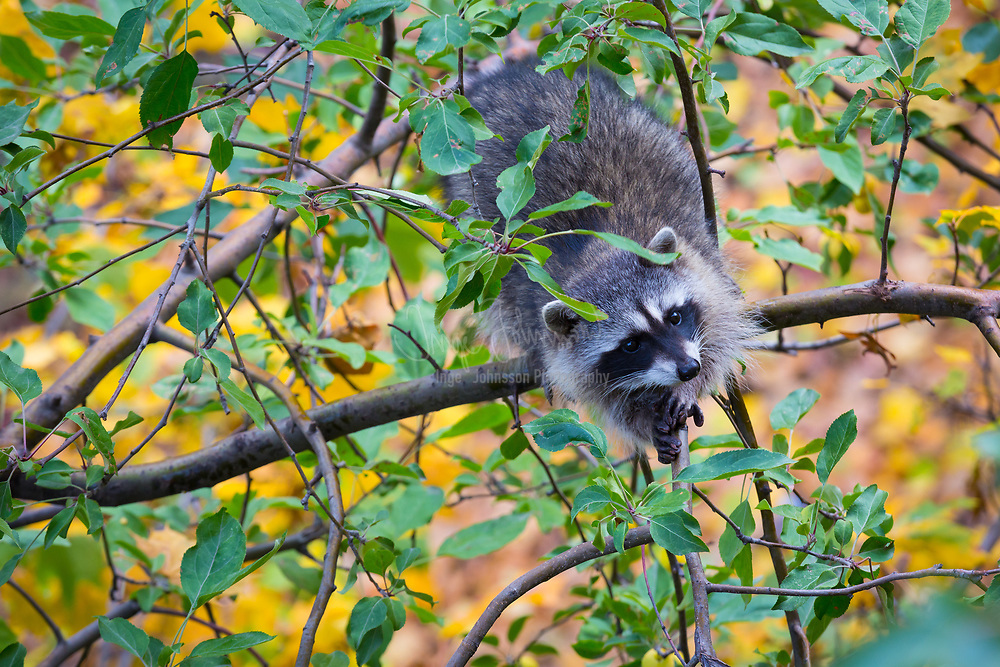