"Cascade at the Wortham" in downtown Houston's Riverwalk area. 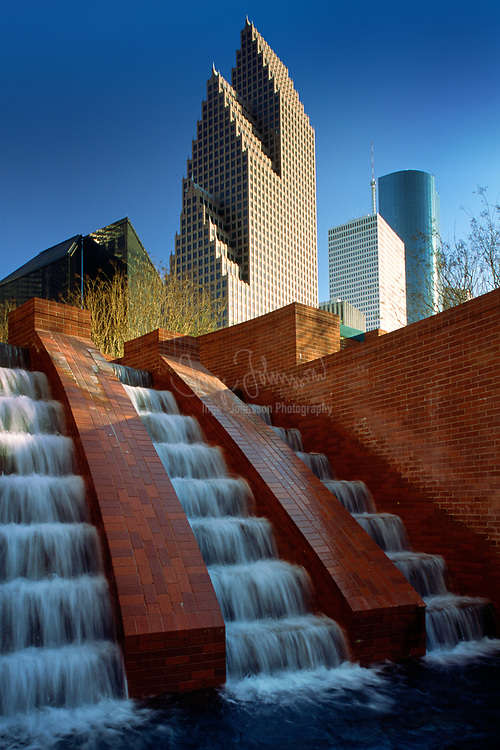