Carcassonne is a French fortified city in the department of Aude, in the region of Occitanie. A prefecture, it has a population of about 50,000.

Inhabited since the Neolithic period, Carcassonne is located in the plain of the river Aude between historic trade routes, linking the Atlantic to the Mediterranean Sea and the Massif Central to the Pyrénées. Its strategic importance was quickly recognized by the Romans, who occupied its hilltop until the demise of the Western Roman Empire. In the fifth century, it was taken over by the Visigoths, who founded the city. Its strategic location led successive rulers to expand its fortifications until the Treaty of the Pyrenees in 1659.

Its citadel, known as the Cité de Carcassonne, is a medieval fortress dating back to the Gallo-Roman period and restored by the theorist and architect Eugène Viollet-le-Duc in 1853. It was added to the UNESCO list of World Heritage Sites in 1997. Consequently, Carcassonne relies heavily on tourism but also counts manufacturing and wine-making as some of its other key economic sectors. 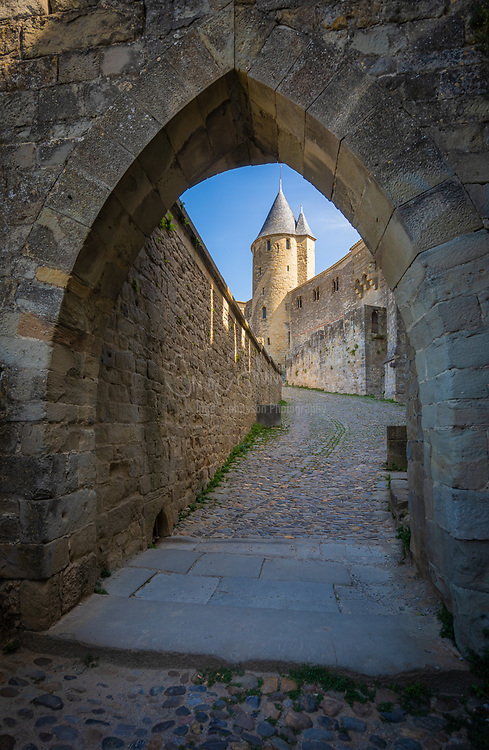