Beautiful staircase at home in Guanajuato, Mexico
------
Guanajuato is a city and municipality in central Mexico and the capital of the state of the same name. It is part of the macroregion of Bajío. It is in a narrow valley, which makes its streets narrow and winding. Most are alleys that cars cannot pass through, and some are long sets of stairs up the mountainsides. Many of the city’s thoroughfares are partially or fully underground. The historic center has numerous small plazas and colonial-era mansions, churches and civil constructions built using pink or green sandstone. 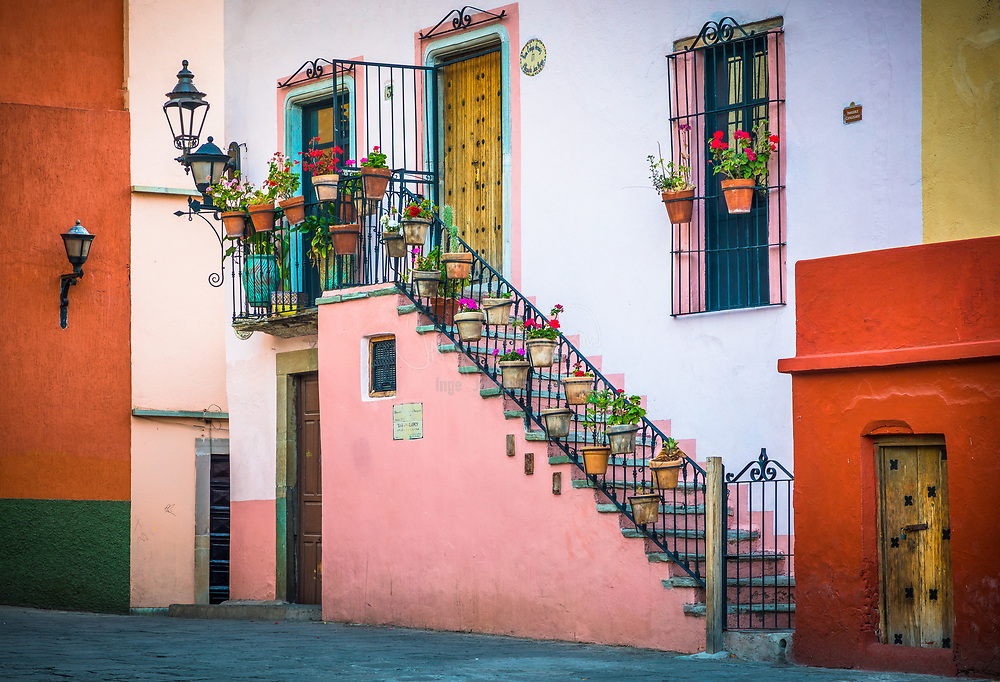