Tomb of the Unknown Soldier

The Tomb of the Unknowns (also known as the Tomb of the Unknown Soldier, although it has never been officially named) is a monument dedicated to American service members who have died without their remains being identified. It is located in Arlington National Cemetery in the United States. The World War I "Unknown" is a recipient of the Medal of Honor, the Victoria Cross, and several other foreign nations' highest service awards. The U.S. Unknowns who were interred afterwards are also recipients of the Medal of Honor, presented by the U.S. presidents who presided over their funerals. 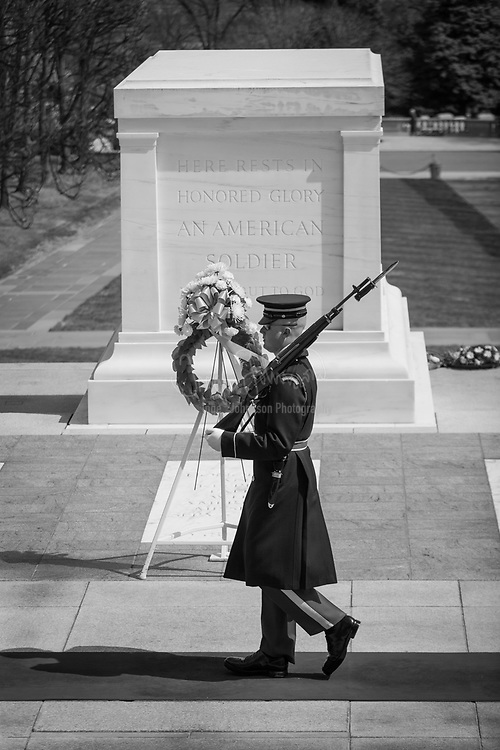