Forsyth Park is a large city park that occupies 30 acres in the historic district of Savannah, Georgia. The park is bordered by Gaston Street on the North, Drayton Street on the East, Park Avenue on the South and Whitaker Street on the West. It contains walking paths, a children's play area, a Fragrant Garden for the blind, a large fountain, tennis courts, basketball courts, areas for soccer and Frisbee, and home field for Savannah Shamrocks Rugby Club. From time to time, there are concerts held at Forsyth to the benefit of the public.

The fountain at the north end of the park was added in 1858 and is reminiscent of fountains in the Place de la Concorde in Paris and in Cuzco, Peru. At this time, Parisian urban planning was centered on the development of residential neighborhoods radiating out from a central green space. The Parisian model of developing large city parks was emulated by large cities in the United States, with even smaller cities, such as Savannah, asserting their own cosmopolitan image. 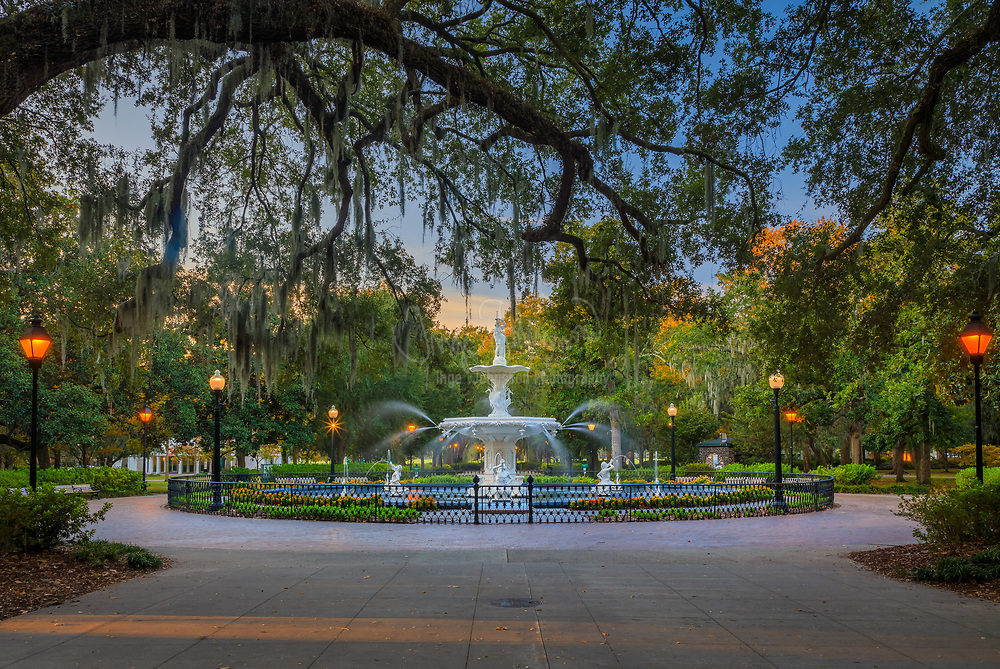