The Thomas Jefferson Memorial is a presidential memorial in Washington, D.C. that is dedicated to Thomas Jefferson, an American Founding Father and the third President of the United States. The neoclassical building was designed by John Russell Pope. It was built by Philadelphia contractor Tyler Nichols. Construction began in 1939, the building was completed in 1943, and the bronze statue of Jefferson was added in 1947.
The Jefferson Memorial is managed by the National Park Service under its National Mall and Memorial Parks division 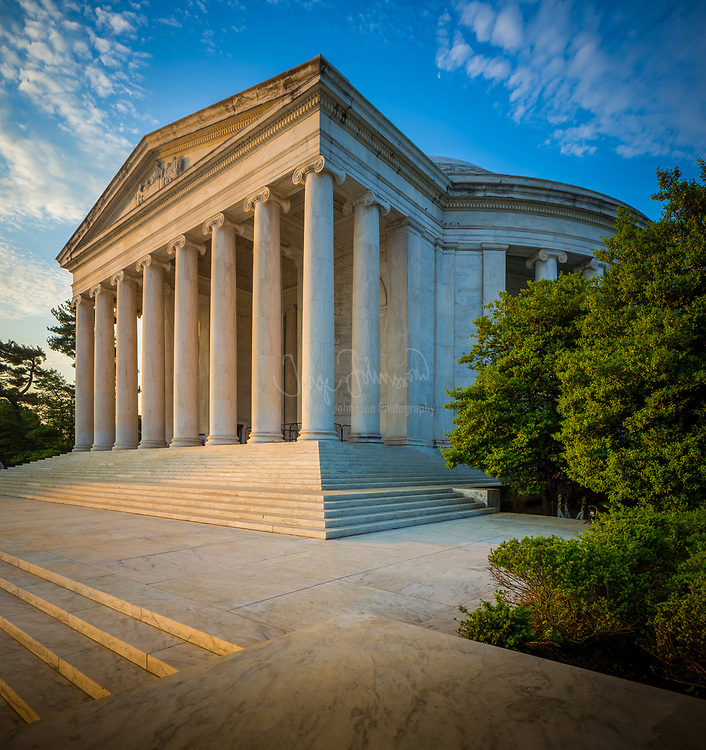