Chapel in the town of Chora on Patmos island in Greece. Patmos is a small Greek island in the Aegean Sea. One of the northernmost islands of the Dodecanese complex, it has a population of 2,998 and an area of 34.05 km2 (13.15 sq mi). The Municipality of Patmos, which includes the offshore islands of Arkoi, Marathos, and several uninhabited islets, has a total population of 3,047 and a combined land area of 45.039 square kilometres (17.390 sq mi). It is part of the Kalymnos regional unit.

Patmos' main communities are Chora (the capital city), and Skala, the only commercial port. Other settlements are Grikou and Kampos. The churches and communities on Patmos are of the Eastern Orthodox tradition. In 1999, the island's historic center Chora, along with the Monastery of Saint John the Theologian and the Cave of the Apocalypse, were declared World Heritage Sites by UNESCO. The monastery was founded by Saint Christodulos. Patmos is also home to the Patmian School, a notable Greek seminary. 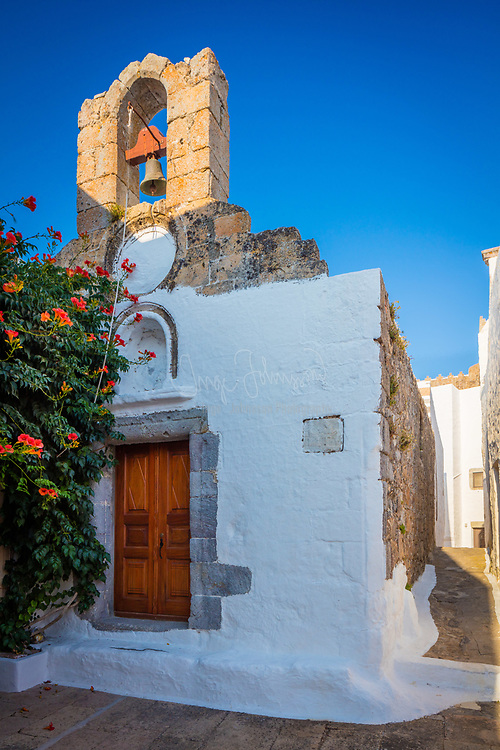