Inscriptions in Arabic on Qutab Minar in Delhi, India 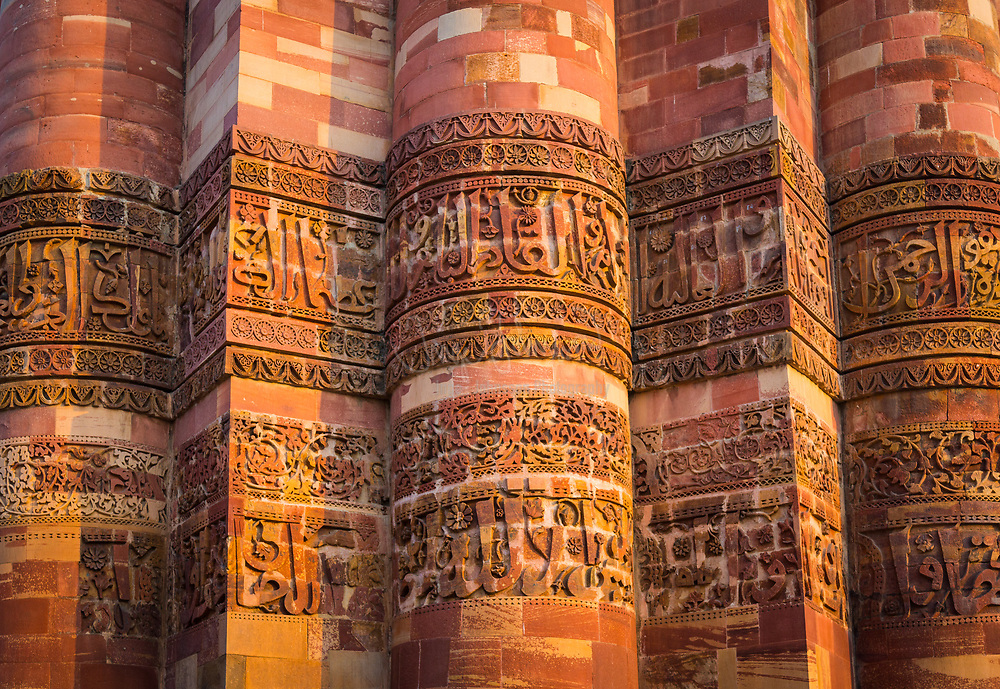