Paestum was a major ancient Greek city on the coast of the Tyrrhenian Sea in Magna Graecia (southern Italy). The ruins of Paestum are famous for their three ancient Greek temples in the Doric order, dating from about 600 to 450 BC, which are in a very good state of preservation. The city walls and amphitheatre are largely intact, and the bottom of the walls of many other structures remain, as well as paved roads. The site is open to the public, and there is a modern national museum within it, which also contains the finds from the associated Greek site of Foce del Sele.

After its foundation by Greek colonists under the name of Poseidonia it was eventually conquered by the local Lucanians and later the Romans. The Lucanians renamed it to Paistos and the Romans gave the city its current name. As Pesto or Paestum, the town became a bishopric (now only titular) but it was abandoned in the Early Middle Ages, and left undisturbed and largely forgotten until the 18th century.

Today the remains of the city are found in the modern frazione of Paestum, which is part of the comune of Capaccio in the Province of Salerno, Campania, Italy. The modern settlement, directly to the south of the archaeological site, is a popular seaside resort, with long sandy beaches. 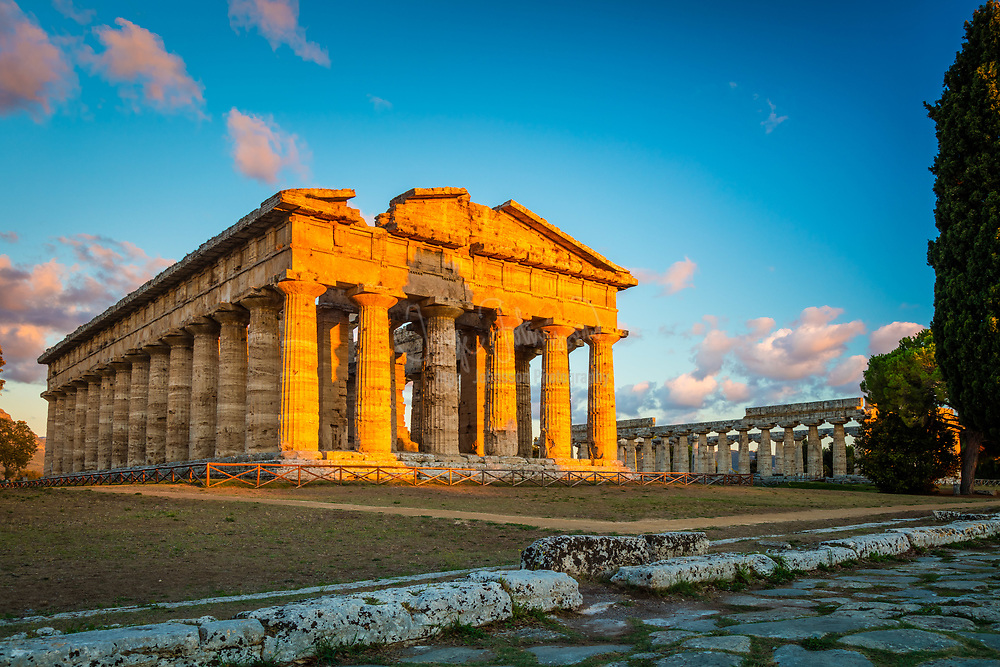