Frisco Heritage Museum in Frisco, Texas. Frisco is a city in Collin and Denton counties in Texas. It is part of the Dallas-Fort Worth metroplex, and is approximately 25 miles from both Dallas Love Field and Dallas/Fort Worth International Airport. Since 2003, Frisco has received the designation "Tree City USA" by the National Arbor Day Foundation. When the Dallas area was being settled by American pioneers, many of the settlers traveled by wagon trains along the old Shawnee Trail. This trail was also used for cattle drives north from Austin. This trail later became the Preston Trail, and later, Preston Road. Preston Road is one of the oldest north-south roads in all of Texas. With all of this activity, the community of Lebanon was founded along this trail and granted a U.S. post office in 1860. In 1902, a line of the St. Louis-San Francisco Railway was being built through the area, and periodic watering stops were needed along the route for the steam locomotives. The current settlement of Lebanon was on the Preston Ridge and was thus too high in elevation, so the watering stop was placed about four miles (6 km) to the west on lower ground. A community grew around this train stop. Residents of Lebanon actually moved their houses to the new community on logs. The new town was originally named Emerson, but the U.S. Postal Service rejected the name as being too similar to another town in Texas. In 1904, the residents chose Frisco City in honor of the St. Louis–San Francisco Railway on which the town was founded, later shortened to its present name. 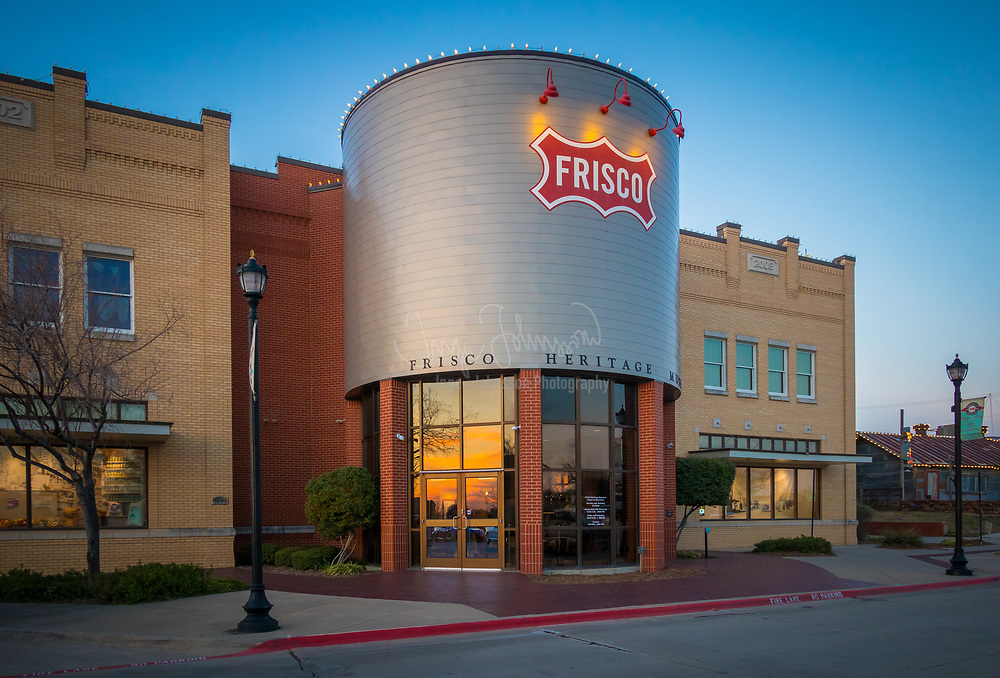