The French Quarter, also known as the Vieux Carré, is the oldest neighborhood in the city of New Orleans. When New Orleans (La Nouvelle-Orléans in French) was founded in 1718 by Jean-Baptiste Le Moyne de Bienville, the city was originally centered on the French Quarter, or the Vieux Carré ("Old Square" in French) as it was known then. While the area is still referred to as the Vieux Carré by some, it is more commonly known as the French Quarter today, or simply "The Quarter." The district as a whole is a National Historic Landmark, and contains numerous individual historic buildings. It was affected relatively lightly by Hurricane Katrina in 2005, as compared to other areas of the city and the greater region. 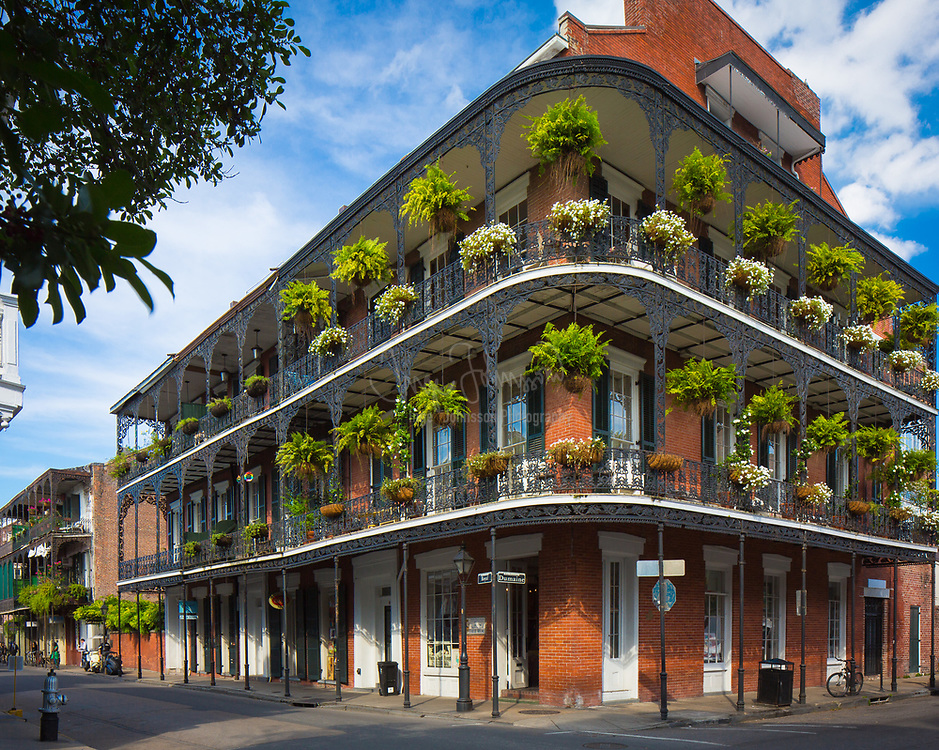